So this is different from adding more artists to the fray I have now…but I have a new hinkering, and you know what?  I’m gonna do

Yup, you heard it right, I have a few soundtracks mostly Final Fantasy, Kingdom Hearts and SSBB stuff, so I’ll start by reviewing the 4-disc original soundtrack of 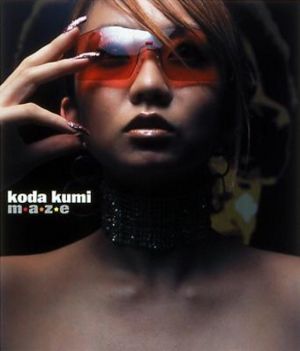 As we delve further into the era, we get this pretty interesting R&B track.  Right from the start I was interested in the beat.  Koda sounds deep and doesn’t bother me at all.  The chorus is where things get scary as she yelling in the chorus at some parts.  The song always creates a sexier sound from Kumi and it works somewhat.  Good song for the era.

Where “m・a・z・e” is more genuinely sexy, this is downright forceful in the beats.  It still retains the sexiiness but there’s some change where this is more pop than R&B.  I actually think the beats are quite awesome and is quite catchy.  The rapping was definitly not needed, but w/e.  Definitly a worthy track.

Kumi’s 2nd single of the era is definitly a great one with both songs being upbeat tracks.  Kumi seemed to have found a spot to her liking, which is to go sexy…it might be weird for some people but I think it works for her.