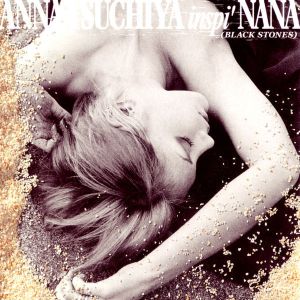 I’m actually quite surprised at Anna Tsuchiya since I know her from songs like “rose” and “zero”.  So to hear a strong NANA track like this is pretty epic.  The song seems depressing and quite the sad rock track that she needed.  Her vocals aren’t like the ones I’n used to from “cocoon” so it’s surprisin hearing her in a new light.  Even if this was released before.  Still, one of her awesome tracks.

Remember Depeche Mode with that one really poppy tune?  Well Anna decides, “Hey, let’s remake this track!”  Though I think it’s very strange because it’s all rock n’ roll instead of the synth pop that was the original.  Anna’s English sounds pretty great with a few minor flaws, but I think she’s doing that on purpose.  Sadly, what killed the original was how repetitive it got just from saying the title.  So I won’t fault Anna for that.

Another NANA track comes as a B-side and this was the most loudest traack of the single.  It’s quite interesting to hear this and it’s one of my favorite tracks from her whole NANA persona era.  It’s pretty furious with its riff and the catchiness of it all won me over for sure.  Anna is fierce bitches!

I guess Kuroi Namida wasn’t sad enough so they decided to add some piano and less guitars in it.  I think this song worked more like this because it conveyed it’s feelings more evidently than the previous.  In other words, yes I do rather prefer this than the original

Anna’s sort-of 1st single for the NUDY SHOW era is a very dark single.  I mean have you heard something that’s either this powerful or/and this sad in a rock song?  Both versions of Kuroi Namida are on her album which is awesome.  Can’t wait to hear more from her.