I’m not totally surprised that once again Ayaka would have another ballad type A-side.  Luckily the music is pretty calm and fits the cover art just right.  With the right amount of sounds and Ayaka utilizing a more airy vocal, unlike her powerful vocals in “Ima, Kaze no Naka de”  I found this to be so much more to my liking.  I like this song actually quite a lot.

It’s accompanying B-side is actually a first for me since it’s upbeat and maybe a little touch on the pop/rock side of things.  She’s continuing using a more airy side, but this sounds lively and sounds like a daytime song rather than a nighttime one.  Once again, I really like a B-side more than the A-side…

When I first reviewed “Ima, Kaze no Naka de” I thought she was going to be one of those artists that sticks with just ballads, especially since that single had 3 ballads.  I was really pleased that this wasn’t the case here, because both tracks are quite the opposite.  One was a night ballad and was an upbeat day track.  This was definitly more enjoyable than the first single of the era.

ORION harkens to return of regular Mika which is yay for me!  Anyways, this more lively ballad sounds good and has a hopeful kind of sound to it.  The use of acoustics and Mika’s deep vocals are just compelling and so nice.  A lot more eventful than “SAKURA ~Hanagasumi~”.

Even better though was the single’s B-side.  Starting out with a fade in, FOCUS has a lot of synth and brass filling out the tune which is just awesome.  She hasn’t had such a good B-side this entire era until she released this.  Mika’s vocals are just caramel to my ears, honestly and how she croons ~My focus is on you…~ is just simply amazing.  The only problem I had was that FOCUS was too short IMO, and the whole ending with the ad-libbing was a little too long, but this is one amazing song.

ORION, finishing up the era was definitly the return of Mika for me.  Both songs are just tooken on so well and showcased a more vibrant sound from her that each single was lacking a bit of.  FOCUS though was the main highlight, because of how she combined both synths and jazz was just ^_^.  Great way to end the era. 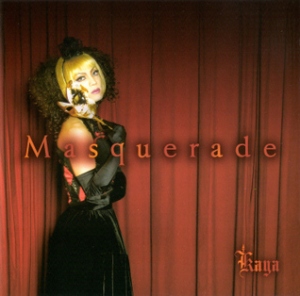 A lone violin begins Masquerade off, which sounds beautiful to listen to, but I didn’t expect things to get all jazzy and lively so instantly.  Now I haven’t delved far into his discography, but damn this was just strange to listen to.  He has a strong voice and for such a genre to cover, he does it quite well.  I like it whenever the violin reappears through the song, it just seemed to carry him well.

Psycho Butterfly is more closer to what he usually does which is downright sweet.  Combining a mid-tempo dancebeat with strings is always a good move and sound and Kaya sounds way more comfortable to me singing here.  Can you say dramatic dance song?  It’s definitly a surprising track and one of high remarks from me.

Kaya, why did you have to go jazz for this single?  Masquerade doesn’t sound anything Kaya usually does, but then again this is his 2nd single, so I guess it’s understandable he wants to try new styles.  Psycho Butterfly is such a cool title and track too.  Knowing though that both tracks get reworked, it’s kind of interesting how both will turn out on “Glitter”.

After that poor excuse that is “Vivid” and taking a small hiatus to begin her American career, she finallys comes back with a strong R&B track which features an awesome beat and great vocals from BoA.  It has one of those token happy feelings written throughout, but the vocals aren’t so much…hmm paradox?  I think the only thing that bothered me was those ~Yeah~ and ~Heeey~ from the odd guys voice….So bad….Still, a much better offering from BoA.

Not a lot of people were hyped enough to see Kuri and BoA get together for a song.  We begin with a rap from VERBAL that leads into BoA’s part where she’s sounds great with the mysterious beats and sounds.  Kuri too sounds just amazing if not better than BoA during some parts.  I mean VERBAL was right for the track despite it’s mainly the two gals getting by, but he held his own.  It’s definitly a hot track.  Awesome.

Yes, she did collaborate with ravex for this track minus the acoustic sound and was a pretty cool dance track, but what they did hear was blasphemy.  It’s not remotely interesting at all.  I’ll give the fact that she sounds nice singing along with the guitar, but seriously, why did you have to ditch the dance track, it was so hot!

You’d think with the amount of tracks on this track, it’d be Aira long right?  Nope not even surpassing 5 minutes this mega-mix has very short passing of songs mostly choruses of all the tracks actually.  We begin with some synths and some cut n’ paste moments.  Sweet Impact is the first of the songs and I actually liked what they did to make it more lively and it seemed a bit faster as well.  ~falling wit you baby~ is repeated before Dakishimeru comes roaring in.  The chorus is still as loud as ever, but giving a subdued big band taste did make it seem cooler than it was before!  Then things start to calm down for Winter Love which just seems out of place here IMO.  I’ll be honest, I didn’t figure this out the first time through, since it never really caught on me like the rest of the tracks did.  It’s got an R&B sound as well which is cool, but I like the original.  Eien is next and honestly, it doesn’t sound too different from the main which is alright.  The ~bye bye~ leads into Love Letter which is another strange moment, but needed as it become sped up as well.  I think Love Letter has the shortest air time while Eien had the longest, but that’s cool with me.  I was afraid at how Nanairo no Ashita would end up as because everyone knows that this track is very un-BoA like, but hearing this kind of chiller version and less pop like was a nice treat. Even the after chorus is filtered.  I love how latin-sounding DO THE MOTION plays in and even though it’s shortlived it’s one of my favorites covered and then ending out the song is that ~bye bye~ except from Eien.  It’s good for being real short.  That’s all I’ll say.

This triple A-side was a much better single to deal with than “Vivid”.  None of the songs truly sounded like something else and even though the new version of Believe In LOVE was that disappointing, the other two were just WOW.  Eien being so urban and the trio collaboration was sweeet.  For the first time though, a megamix appears on something of BoA’s and even though the length of the songs were too short, I think they did its purpose.  Good single overall 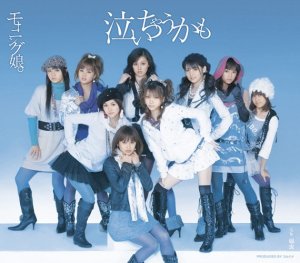 We finally get back to the original songs with Naichau Kamo, but I did find the synth overdrive a little too much for me.  I think that’s why I was never too fond of “Onna ni Sachi Are”.  All the girls seem to be really interested and there isn’t a bad vocal line to be heard which is good.  Last thing I need is a Koha or Sayu moment.  I still consider a few A-sides much more to this (including Pepper Keibu).

I’m still a noob, when it comes to duets and who’s singing in them, especially for a group like Momosu.  This time around it’s Risa and Sayu together and even though I’m not exactly fond of Sayu, I know enough to know what she likes and she sounds straaaaaange.  Risa is definitly the star though and her parts are great.  The music itself is quite cool and to have a sitar in it, adds more uniqueness.  Sayu plz shut up plz thx!

Naichau Kamo finally finishes up this long ass era.  The single altogether for me sounded a bit too tame and wasn’t taking enough risks.  Well other than that shaky RisaxSayu B-side, Naichau Kamo just wasn’t pushing me enough…They should’ve pulled another “Resonant Blue” or “Kanashimi Twilight” IMO.  I’ll give it that “Yowamushi” is a pretty strong track, albeit sung by two girls….