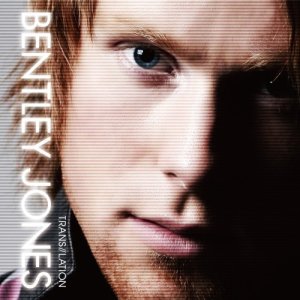 The beginning of the album instantly begins with Bentley singing in English which is his main tongue.  As the digital single to really represent the album, FINAL NIGHT is definitly one of the catchiest tracks I’ve heard in a while.  There’s just a lot of energy and shockingly it’s one of my favorite tracks. Original Artist : JUJU and Spontania

Keeping the ethereal dance beat going, Tsuyoku Hakanai Mono-tachi is the first song to feature japanese lyrics and Bentley sounds pretty good for this being a foreign tongue.  There’s a pretty soothing perspective and he took it pretty well. I couldn’t find anything real bad about it and c’mon sweet track.  Song’s original artist: Cocco

However, Kibun Joujou combines the dance style with a pretty heavy R&B beat which sounds good on paper, but the song was a bit strange because there’s rapping from Bentley which is odd…at least he goes into singing which is awesome, but the song was a little too slow for my tastes.  Interesting nonetheless.  Song’s Original Artist: mihimaru GT

Yes, the album is entirely made of covers of songs from other artists, but this was the first I recognized because this is a cover of Namie’s.  Strange for a guy to cover a female song.  His version is very 80’s sounding and pretty aggressive with the synths which is nice right?  He sounds so good in this song.  Good cover!

Gekkou is the next track I instantly recognize and it covers Chihiro Onitsuka’s 2nd A-side.  Taking the ballad of the original out was a risky thing to do, but luckily it still contains the most nicest of synths and keeps it ethereal for the first few seconds because then it turns into a trance-like song which surprises me for sure.  Even though it’s not the most faithful of covers, I love what he did for the song to make it upbeat.  One of my favorites.

Interestingly, Dramatic is more of a ballad with some appearances from the piano and guitar.  It’s got such a soothing feeling and of epic quality because it has climaxes.  I honestly think they really took the synth down after “Gekkou” just because it was starting to get a little stale.  This track does a great job to move things away. Song’s Original Artist: Momoe Yamaguchi

Yep, we have an interlude in the album.  It sounds like Bentley is lost in the song which kind of fits the theme since it does have Bentley questioning what his other voice is saying.  After that little bit the song goes into dance mode for a bit with a pretty sweet melody to it.  Even though it goes back to what the album was before “Dramatic”.  The song reaches it’s climax and fades away into our next track.

DEPARTURES is once again a pretty dance track infused with some disco to make it more danceable.  I love the fact that Bentley’s vocals are put under a vocoder which sets the song apart from the others pretty quickly.  It might not be the most interesting track off the album, but it’s nice to listen once in a while. Original Artist: globe

Yep, another track I instantly recognize and is the earliest track known off the album.  Bentley decided to cover Ayu’s track from her debut album with avex.  Not only that, he covered it with new English lyrics which I found amazing.  It’s not the rock song I’m so used to from Ayu, but this was definitly another track that I really enjoyed because it is something risky and even Ayu loved it!

To me, WHITE LOVE just sounds out of place on this album, because I’m guessing it’s originally a winter track and it doesn’t help that there’s brass in the song.  I know it’s a good track, but it just doesn’t fit at all with the album.  The only think that links the song is the fact there’s synth.  Original Artist: SPEED

It makes more sense when he stuck a “spring” song right after the winter track.  Well there’s a guitar melody fronting the track and I actually didn’t enjoy this song that much.  Once again the song is just casual enough to bore me, but maybe not enough for the listeners.  I’ll definitly find time to like this. Original Artist: Hysteric Blue

You guessed it, it’s a dance cover of Mika Nakashima’s track.  I’ve always loved Mika’s version because was so raw and hard-rockin.  Now they decided to take away the rock and replace it with dance and a male vocalist.  At first, I liked his pronunciation tons more than the musical changes.  Maybe, I have to like it from a different perspective.  I’ll admit he did well for this cover.

Wow, for being a cover album.  Bentley definitly did himself very well for this album.  I mean he managed to make the covers all danceable in some way and I enjoyed it alot.  The seasonal songs were a bit strange, but everything else was just great.  The only thing it needed was “Dreams of an Absolution” and this album would’ve been perfect!