So now that’s the top 10 right?  Well, is it much of a surprise that the majority of the top 10 is filled with Morning Musume members?  I know right.  Let’s go through them!

Even though I still consider her more of a Buono! member rather than a Berryz Koubou member, Momoko was a surprise for me.  But I think her adorable cute factor was what made her catch the 10 spot.  I still don’t think she’s that good of a singer, but she is cute all-around.

If you really wanna know, I haven’t delved into all of H!P’s current projects, Berryz being one and °C-ute being the other.  Now by saying that I have no idea how or why she’s up here, but w/e.

Yikes, Y’know I feel bad to see other H!P members being shafted for Koharu.  I mean I know she’s cute and all and being a huge factor to Kirarin…she’s gotta be one of the worst singers IMO.  If it wasn’t because she’s tall and girly.  There’d be a flame war going on.

It’s nice to see Miyabi this far on the list.  To me she’s been a fun gal, but also the motherly one of Buono!.  Once again though I don’t know how her presence happens within Berryz, but got to say WTG!

Basically they were voted because of their Momosu fandom.  I can’t blame them, Each one brings something fierce into the group…I don’t know about Sayu, but yeah I’ll say that.

Is this the first time where an entire group was in the top 10?  I’m so happy that all of Buono! made in the top ten and especially the fact that Airi’s popularity has been driving across the forums like wildfire.  I’m waiting to see if she’s going to be in a new group or just going solo…Now that’d be something amazing.

I’m kind of not surprised at the final results.  I mean the members are mostly popular in their own way.  I don’t know Maimi much, but the rest I can really see.  The whole Buono! squad being in the top 10 is a very gratifying achievement for them and I praise it.  Now it’s funny that none of the 8th gen. Momosu members made it on…I mean no Junjun, Linlin, or Aika? WTF.  I swear though Maimi just looks like the outcast being the only member of  °C-ute to make it.  Another sad thing is that no one from the Elder Club made the top 10 which is a little saddening but whatever.  Where Gocchin and Aibon anyways?  Good ending though ^_^ 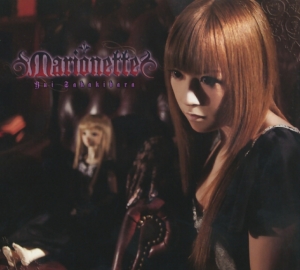 Marionette is a surprise especially after the fact that her music is usually sugar-coated, so to get a fairly gothic sounding track is a shocker.  Now Yui’s vocals are pretty impressive especially singing like someone in a gothic kind of way.  She switches from her low vocals to a bit of a higher register which is nice.  The strings melody is also something impressive as well.  I’m impressed.

Haitoku no Enbukyoku sounds a bit similar to “Marionette”, but the difference is that Yui is using her seiyuu voice to get through and it’s actually not all that bad.  You can really hear the innocence in her voice, and with the song being the way it is, it’s quite intriguing.  It’s a bit slower than the A-side as well and kind of has it’s odd moment especially with the static beat before the chorus.

Yui Sakakibara definitly dropped off in her comfort zone with this single.  I’m not entirely sure it’s the only gothic-like song, but “Tsumugi no Mai” might be (never heard it yet).  Anyways, it’s so different to go from poppy giddyness too a very creepy sounding atmosphere.  That being said, Marionette is a nice single overall showing both sides of Yui’s singing and even though I have troubles with seiyuu voices, this was a rare case where things worked.  Good Job!, Yousei and Asriel would be proud.