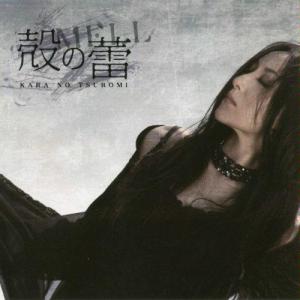 Oh crap….6 minutes long?  I’m surprised by how long the song is, but honestly this song is pretty sweet musically…I wish I could say the same for MELL’s vocals as they begin pretty strange and seiyuuish and stays like that for a most of the song.  At least the chorus fixes it up quite a bit and then I’m falling in love with it again.  It isn’t as mysterious as like “no vain” but the synth+guitar is sweet enough for me.  Could be my favorite between the 3 I’VE artists.

Hey, I KNOW THIS SONG XD.  Anyways, I love MELL’s enthusiasm in the song and between the three artists, the audience was so much more alive and with the song which is awesome because this is like MELL’s most well-known and IMO coolest song besides “Red fraction”.  This was better than the rearrangement back on “MELLSCOPE”.  Sweet.  By the way, this is the only song not from “OUT FLOW”, rather it came from an earlier release “regret” which came out in 1999….wow!

Of the three single: this, “L’Oiseau bleu” and “snIpe”, this was easily the best.  Both tracks were great, Kara no Tsubomi’s slight electro sound mixed with MELL’s vocals always works and the fun-sounding live version worked as well.

Well, it isn’t surprising that KOTOKO would have a more synthed up track this time around and after hearing “L’Oiseau bleu” and KOTOKO’s other single this week, I was expecting someone getting a very energetic track and snIpe covers that pretty well.  Now KOTOKO doesn’t have the most attractive vocals from I’VE SOUND, but her vocals oddly seem right here.  She actually shouts a bit which works here and there’s one part in the chorus where that yell sound horrid, but the song’s dance style was nice.  I like it.

Just like Mami’s live track, Close to you… is also from the I’VE SOUND compilation “OUT FLOW”.  It’s a bit of a slower pop track this time around and it’s kinda relaxing for a KOTOKO track.  Her vocals here are mostly fine except when she tries to get cute for some of the notes…it’s pretty bad there.  Not a bad live, but Mami’s was better.

Released on the same day that “ao-iconoclast/PIGEON” was released, snIpe was something else.  Unlike my earlier review of Mami’s single, KOTOKO’s was a bit less liked maybe?  I’m not huge on this live, but the main track was nice and danceable which everyone knows I like.  So it’s in the air lol.