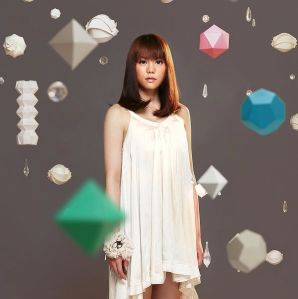 Since it is the the song used for Final Fantasy XIII, I wasn’t really expecting nothing different from all of the main ones from VIII, to the current game.  Each of the series in betweem has had ballads as the tie-ins and Sayuri’s isn’t really breaking new ground or anything, and it isn’t as spectacular like “Eyes On Me”, “Suteki da ne” or even Kiss Me Good-Bye”, but it’s alright.  Better than that Leona Lewis song that’s featured in the American release.  Sayuri’s voice sounds pretty and a few people compared it to ayaka and I can see it completely, but ayaka already had her time in the FF lore xD.  It’s good, but not the best.

Also used in FFXIII, Eternal Love sounds more like something I’d want the game to have.  It’s relaxing, a little more upbeat and sounds like the usual Sayuri since it mixes a bit of R&B into it.  Sayuri’s vocals are a bit stronger and the song prolly doesn’t fit in the game, but it’s a lot nicer than “Kimi ga Iru Kara”.

Where have I heard this guitar melody before?  It’s so similar to some song.  It’s different from the other tracks because of the inclusion of acoustic guitar and it’s not that bad of a song since Sayuri’s voice once again sounds good.  While it is a Christmas song, it really doesn’t live up to other bigger songs…so it just comes off as mild.

So Sayuri’s 2nd single is rather mundane since it’s kind of becoming redundent against her previous releases.  Though, with the FFXIII tie-in this will either make or break her, though there’s no reason that she shouldn’t get at least in the top 10 on Oricon.  Thank god there’s an album after this so this is also the final single of the era. 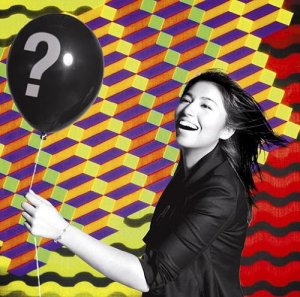 I was so excited for Miho with this song.  After two great previous songs, it’s great that she changes up for her A-sides.  While this particular track reminds me of “La La La Fighters” off of her first single of the era, I love her energy against this funk/disco arrangement.  It’s fiery, exciting and down right good…I mean it’s like “Koi wa groovyx2” good.

Cry No More opens up with Miho singing acappella.  It’s really pretty as she sings the opening lines.  Even then they are in English as well so that’s really good and she doesn’t have too many problems with her accent as well.  After a third of the song has passed, piano joins in quietly and then strings later on.  It’s really pretty, but feels like a prolonged interlude with all the instrumentated parts.  Still, a really pretty ballad from Miho.

While, it seems the last track going into this track means winter all over, this cover of John Lennon & Yoko Ono’s very famous Christmas song, HAPPY XMAS really sounds faithful to the original, even down to the children that play backup (or are they kids?).  I don’t like that the main guy vocalist blocking the kids up…Miho was only featured for the chorus and some of the verse parts, but it’s mostly “him”…Sorry Miho, but I’m sticking to the original.

I’m not sure why this was exactly included on the single, but it feels more dance-oriented and featured a lot more synth than the originals.  It really is more danceish and still contains the same energetic and fun feeling the original had, thank god they didn’t do too much with the arrangement.  I’m liking this!

Right now, Nande Nakitaku Nacchaun Darou is my favorite single of this era so far.  Both Nande tracks are great and show off Miho’s sweet vocals and how much fun she can have with her songs.  Cry No More did nearly the same in the vocal department, but to a wintry ballad.  Really pretty if you ask me.  The only problem was once again the cover song.  She hasn’t really excelled with any of em’ so far, but this time I can blame the guy for ruining the song instead of Miho…who the hell was singing with her?

While the other singles in the era were more lighthearted and sad (Hikari).  GRAND FINALE feels more serious all-around is the era’s lone serious track IMO.  I’m still not entirely sure if I like DAIGO’s vocals that much, but he puts a lot of personality in his singing.  The rest of the band sounds great as well and given the mood, I kind of like it.

Somehow by the title, I was guessing it was going to be a rock ballad, but what we got is a dark and edgy track from the group.  It seems really angsty almost and DAIGO’s vocals calmed down a bit for this.  I’ve never heard the group sound this dark so I really enjoyed this (makes me wonder why I didn’t review this first).  The only thing I really didn’t like was the guitar solo, it felt so out of place and rather bad…other than that, surprising song but good.

While the original version can be found on BREAKERZ’s 2nd album, “CRASH & BUILD”, the acoustic version a more calmer version.  It’s also the first acoustic version to be released on a single and has been one ever since.  DAIGO sings quite nicely being by himself with just acoustic guitar and piano backing him up.  IMO, it isn’t as good as later acoustic versions but it’s a good start.

Where was I when the single released.  I was actually liking this single a lot more than “Everlasting Luv/BAMBINO” and “Hikari”.  GRAND FINALE and Smile In Tears showed off a different side to their music not seen later in the era.  One’s serious and ones just dark, it’s an interesting way to put songs next to each other right?  The acoustic version of Dandelion was alright, but there were better ones later on. 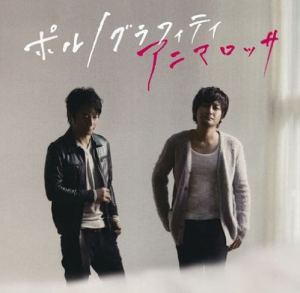 Anima Rossa is definitely a surprise from the duo.  I didn’t expect to start off so fast with Akihito’s singing which to me still has no comparison with other male singers.  It’s one of a kind.  I’m actually liking this a lot more than the first time I listened to it because I was trying to get used to Akihito’s vocals.  Though the fast lyrics and energetic performance really did the whole song well.

The first B-side of the single, Shoukibou na Haiboku is slower than the A-side but it feels like something to just nod your head to.  Besides that, there’s not too much to really comment about the song since it’s kind of like previous tracks and Akihito’s vocals aren’t too well here.

The 3rd and final track off the single is a bit more pop-like when compared to the previous tracks.  I worry on these tracks because Akihito’s vocals aren’t amazingly stellar in these types of tracks, but he kept it on the downlow and was relaxed through and through.  Kind of nice and ended off the single nicely.