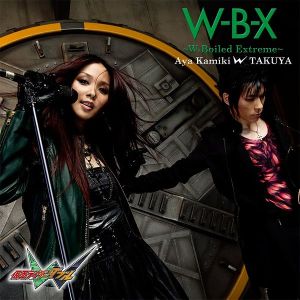 So at least we took a break from GACKT with the Kamen singles, to listen to Aya’s first effort under avex.  Aya really impressed me with her smokier vocals and I love the fact the song has a mix of rock and pop and it doesn’t really shift Aya from her comfort zone when she was with GIZA.  It’s pretty cool to see that TAKUYA from JUDY AND MARY fame returned to music with Aya and he sounds pretty cool against Aya.  They actually sound great together as well…Pretty awesome debut song from Aya.

Of course since this is a Kamen Rider single, this track is a full-on instrumental piece based off the melody of “W-Boiled Extreme”.  Just like the title suggests as well, it’s a jazzy edit so you’re going to get that chill feeling in the song and honestly it would’ve been great to see Aya and TAKUYA tackling this head on.

Even though this will be the only single released for “INDIVIDUAL EMOTION”, it’s a pretty awesome single (even though there’s no B-side).  The song shows off Aya pretty nicely and with TAKUYA backing her up, there’s nothing that’s bad about the song.  The edit would’ve benefitted lyrics, but w/e. 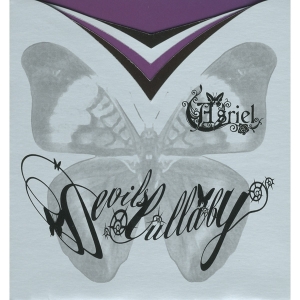 I’m surprised that a single would not begin with the main track but with a different.  Shiroi Yoru no Kageri is actually a pretty sweet song since it’s more progressive than most of their stuff they’ve been releasing here recently.  KOKOMI’s vocals in this song are rather tame, but a still comes off as a little whiny.  Still Kurose is doing a whole lot better than he did back on the last release.  Good job!

So now we get to the main song and I knew it was going to be a rather dark track, but I didn’t expect the song to be a fast-driven song just like the last track.  Then again it’s more dramatic because the verses with KOKOMI are under a waltz-like arrangement which is pretty damn cool and the strings give it that needed splash, but when the harpischord comes in it makes a devilish feeling which fits the song.  Wow, why I’m I very impressed with this song right now?

I’m surprised all the songs on this single are over 5 minutes.  Samayoeshi Meikyuu comes off to me as the single’s ballad track and to me it’s unfortunately the messiest of the 3 songs.  I mean while I love the acoustic sound it’s got but KOKOMI sounds a little distant from the song and the way she goes through the verses are quite bad.  Eventually things get better once we get into the chorus, but it doesn’t save the fact that the verses are a vocally-induced mess.

Is it weird that I like Asriel’s singles more than their mini-albums/albums?  Well, since this was the duo’s first indies single I found quite good with the exception of Samayoeshi Meikyuu.  The other two shows the group getting even better so that’s good and I’m starting to like their more aggressive songs rather than their more ethereal based ballads…but that’s just because KOKOMI can’t sing them properly.

Koda Kumi – Can We Go Back 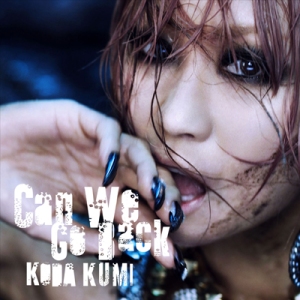 ~Can we go back to the way we used be!~ Opens up this electrifying song up.  Now while this is a cover of Kelly Clarkson’s song of the same name that was released off her most recent album, well the japanese version at least.  Kuu hasn’t given us a real rock track since “Ningyo-hime” so this was pretty awesome.  Kuu is definitely trying to be all powerful and such, but to me it kind of works even though the song is a westernized rock sound.  I like Kuu in a rock-oriented sound, but she’s better off leaving that to misono.

Really, when have we not gotten a somwhat cute song from Kuu?  However, it’s fortunately pretty good for being a rather cute pop song.  I love the synths bouncing around in the song and not really annoying me unlike some previous efforts.  It kind of reminds me of Kuu in the old days of her career and that’s pretty good.  I actually enjoyed this upbeat song a lot.  Cute and rather catchy!

Ending off the “UNIVERSE” era, I honestly think Can We Go Back is the best single released in the era.  I love the return of Kuu’s rock side and it’s not that bad of a cover.  Good☆day brought back an actually good upbeat song, is it that big of a surprise?  I did wish this made the cut rather than “Physical thing”.