Filed under: Ayaka Hirahara — solarblade @ 1:24 am 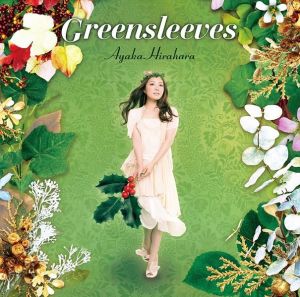 Yeah, I guess we get another classic melody covered by Ms. Hirahara.  I actually recognize the melody pretty easily since it’s like everywhere like “AVE MARIA”.  Now it’s definitely a more ballad-like track than previous A-sides and it’s more simple and to the point so it gives Ayaka more for her vocals to shine and they did even when there was BKGD vocals.  I even like the fact that it got stronger as time went by.  Not a bad melody to cover, but there’s too many covers XD

While I don’t really understand why Ayaka brought back Solveig no Uta from “My Classics 2”, it was one of my favorites from the album which is great they brought it back…but the title changed since there’s no Grieg after Uta…Maybe there’s something that changed about the song, but I don’t hear it and it still is somehow one of the better songs she’s made of recent.  It’s also a ballad though so you might wanna watch out.

I guess in hindsight, there’s probably going to be a “My Classics 3” made in the future, but Greensleeves isn’t that bad of a single.  I mean with how many covers of the melody there are, it’s kind of like if you heard it once, you heard em all.  Solveig no Uta isn’t bad either, but being as a re-cut song…I wanted something fresh and new from Ayaka.