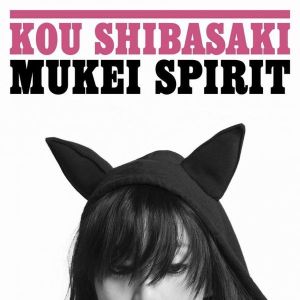 After two rather slow A-sides in “Honto da yo” and “EUPHORIA” it’s nice to see something upbeat return to Kou’s music.  However, what happened with Mukei Spirit?  The song sounds good since it’s pop/rock and all that but the verses sounds messy for some reason…kind of like Kou’s off on her own direction with the music going another.  Though it cleans up for the bridge and chorus and that sounds really good…but it’s definitely no “lover soul”.  Ehhh it’s alright but not all that good.

As for the B-side of the single, I was surprised to get something that was harder sounding than “Mukei Spirit”.  I love the slight dark tinge that I get from the songs more electronic-defined sound.  Kou’s vocals are under some filters which might be a dealbreaker for some listeners, but I actually didn’t mind this and felt this was the better song from the single.

Wow, it’s been a while since we’ve had a remix on a single (last one was on “lover soul”).  Anyway, the remix of the A-side takes the song into trance/club music and in some ways it feels kind of like Nakata’s work but somewhat edgier.  Adding almost three minutes to the song really gives freedom to the remixer and for the most part it was good…but the ad-libbed parts really annoyed me after a while…but I think it did good overall.

I didn’t think Kou was actually going to pull off a single like this especially with how lowkey and soft the previous two singles were.  Mukei Spirit might not be the best A-side she’s done but it reminds us that there’s a rocker in there.  Genomi Chronicle however really gave us a treat with a mix of rock and electro and that’s always a good thing to see in an artist to delve into something new.  Even the remix was oddly enough catchy enough for me that I’d listen to it over and over!  Hmmm…I wonder what “wish” will turn out like….though I’d bet it’ll be another “EUPHORIA”.

It’s been a little while since we’ve heard from SCANDAL and they come back strong with Pride.  For the first time I think I’ve liked a SCANDAL song from first listen but that’s because there’s quite a lot of good hooks in the song which they lacked in previous efforts.  While I’m still unsure of the singers between HARUNA and MAMI…whoever leads most of it sounds amazing and her deep vocals stand out in the song.  I say…great A-side!

I was worried about what I was getting into for the first B-side of the single.  CUTE! definitely caters to the fans that were there for their debut era and I thought MAMI and HARUNA did a good job singing the song since it’s peppy and just full of life.  I must say, I wanted to dance to the song hahaha.

Closing the single off, Emotion might be the most serious song off the single, but it doesn’t mean that they didn’t have fun with it since I actually think they did.  I mean it might not be as interesting as the previous two songs, but it did its job and the arrangement is pretty darn catchy if you ask me.

As the band’s 2nd single of the era, this was so much more complete than “SCANDAL Nanka Buttobase” since there was actually more songs on it of course.  Now I actually think this is their strongest single yet with all three songs being so well done this time around.  Though Emotion might be less for me.  Either way, I hope that if they choose a B-side I hope CUTE! is on the album ^_^ 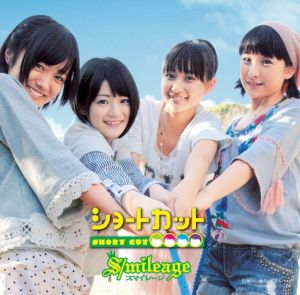 So here we are with S/mileage starting a new era with Short Cut.  I will say that I love that the 4 gals get their own lines and there’s no hax in the form like C-ute and “SHOCK!”.  Anyways, the song actually feels like they cut off the energy cord after the last few singles and to some that’s probably a good thing while some might be bored with the sugary cute tone the song has.  I don’t mind it but the vocals for me are still a bit sharp and hard to stand sometimes through the cuteness.  Not a bad A-side though.

So it seems that S/mileage is starting a trend of covering previous sub-units songs.  Last time was Petitmoni and this time we get a cover of one of Tanpopo’s songs.  I will say that I’ve never heard the original which is probably bad on my part xD.  Either way I don’t know if S/mileage did the song justice, but I thought this was cute and not unbearable which is good.  Even the vocals weren’t totally bad either.  Good cover IMO.

As for the I guess real B-side of the single, Panya-san no Arubaito follows along the previous tracks as it’s a lighter song that focuses on the cute mood than anything else.  Though of the songs, this one would be the throwaway track since I don’t remember much of it and the girls don’t sound as exciting as they were in “Short Cut” or “Otome Pasta ni Kandou”…

Kicking off their sophomore era, Short Cut was alright…but it’s still kind of under some of the major singles from the previous era.  Short Cut was alright and has catchy parts, but it wasn’t as strong as “Yumemiru 15sai”.  The cover song though was pretty good, at least to me…Iono about the deeper fans of H!P though and Panya-san no Arubaito was just B-side material from here… 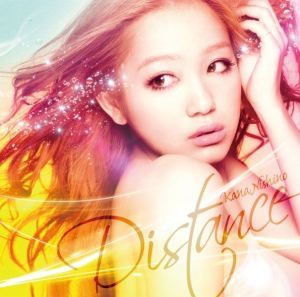 Finally, something that wipes out the blandness of “Kimitte”, Distance changes the formula around for her as the song seems like more of an upbeat and happier song for Kana.  I thought the song was pretty catchy and the chorus was just catchy to listen to.  I think Kana should delve into more of these kind of songs from now on.  Mix the past with the present, y’know?

Keeping up with the upbeat style, but chilling it out comes beloved.  While it’s more along the lines of her R&B songs, but with a little oomph from the beats and arrangement, the song feels different, yet refreshing to listen to.  It’s simple and well just great for Kana.

~ring a ding dong, ring, ring a ding dong, ring a ding dong, etc.~…Why does this remind me of a certain Kaela Kimura song?  Anyways, keeping up with how she deals with the second B-sides…Call Me Up is supposed to be the single’s dance track, but this one actually is a lot lighter than some of her previous B-sides.  It’s a bit goofy of a song and the chorus kind of has the rift from the rest of the song that doesn’t quite work, but it’s passable.

Distance might be Kana’s best A-side in the era so far…but the single is kind of lukewarm for me.  I’m not sure why, but I feel Kana took the safe route for this single with beloved and Call Me Up and called to her earlier pop roots for the latter.  I don’t know why but this single wasn’t