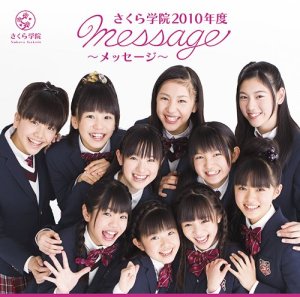 Opening the album up is one of the few new full group songs, FLY AWAY.  I don’t exactly get the intro, but the guitar that gets into the song after a bit is great.  I like the fact the girls sound actually quite good together and the energy is there as well.  I wonder why there was no tie-in for the song.  It’s upbeat and full of life…I enjoyed this ^_^

It’s been quite a while since I’ve listened to this track last.  Hello! IVY adds a bit more oomph and everything is amped up quite a bit, but it depends a lot on the gals to support it and it’s catchy of course, but it feels like two different songs going on.  Of course the ~whoas~ get annoying after a while too.  I’m not a big fan of this track TBH.

Things slightly calm down for our next song and it’s kind of like a more synthed up version of “FLY AWAY”, but I’m not complaining since the song is kind of catchy and the arrangement is bright and full and of course the vocals are together.  Might be a little too orthodox in the idol genre for me, but I guess it’s passable given that it’s a fun track and easy to listen to.

Then comes the mini-group songs which are split from the main group.  Now I don’t know who’s in what group so if you’re looking for info on that…this isn’t the place XD.  For being a little under 3 minutes, Happy Birthday is definitely fitting for the more genki and cute types since it’s just that with a twinkly arrangement and synths all over.  It’s not overbearing and the arrangement is kind of goofy but cute and I somewhat ended up liking it.

Also sung by the mini group before, the regular edition comes with an extra song and this one is just as cute and catchy as the previous one if not slightly more because the lyrics are catchy too.  I think it’s a little slower than “Happy Birthday”, but it’s a good thing and I liked it.

Unlike the cuteness of the previous songs, Brand New Day sounds almost like something SCANDAL would release honestly because it has this lighthearted glow and mixed it with a pop/rock style.  It’s catchy of course and they kept things going on a good note.  It’s probably my favorite from the split groups.

I’m not sure what to think of Dear Mr. Socrates.  I like that the song is busy in the arrangement and the girls sounds great (especially in the solos spread throughout).  The music has piano and lightened up on the pop/rock slightly.  I found it somewhat catchy but the percussion can be a bit much in places.  Still nice little tune here.

Another energizing synth track?  Then again from being a sub-group, Medaka no Kyoudai is kind of cute, but there’s something that just is a little much and pretty annoying.  Mainly the whole ~choo choo or jun jun~ that’s pretty much headache-inducing.  If it wasn’t for that, this would’ve been an alright song…but damn I don’t like this track at all.

Ehhhh?  I’m so lost by this song for sure.  The beginning sounded cute and was going for something techno-y because the vocals were under auto-tune.  However, things get pulled into a 180 and the arrangement turns into a death metal song with synths sprayed throughout.  Of course the chorus is brighter and upbeat.  I’m just staring at the song like 0.o right now.  I’m unsure what to think of this…

Then we get into the group’s first A-side (well…shared with “Hello! IVY”).  There isn’t solos in this song like the others and I felt that was OK since this song is more for the group’s entire participation.  It’s alright and has a nice anime-like feel to it.  Definitely one of the better songs off the album.

Closing the album is the promotional song for the album and it’s probably the nearest thing to a ballad we have on the album.  After all the songs before this, this one seems a bit forgettable and a little bland in the end.  I will say that hearing the girls altogether singing and saying the groups name over and over is alright…but yeah forgettable.

Sakura Gakuin’s debut album is actually surprisingly good for an idol group oddly enough.  I’m not sure why but the fact that the songs were all upbeat and had different arrangements for the most part kept me interested even if the song itself wasn’t that great.  I think the girls sound good together as well so maybe something better is on the horizon…who knows?!?