To me, 441 sounds refreshing but I’m not sure why because it’s really only miwa, her acoustic guitar, piano, strings, and percussion present in the song.  It’s kind of catchy since it’s so upbeat and such but it has this sadness behind it…but I don’t know what the translation for the song really is.  It’s pretty good…but why does it feel like I should be saying otherwise…?  I don’t think it’s close to previous songs…?

Odd that the most important track turned out to be the B-side of the single.  Chasing hearts does a much better job at leaving an impression because the tune sounds so free and breezy like “Haru ni Nattara” was but done better IMO.  I actually loved miwa’s vocals and the upbeat and free arrangement was just right…Poor decision to make this a B-side (But, since it’s tied to FMA, I bet this’ll be on her next album.

Instead of the pop/rock arrangement of the original, Haru ni Nattara gets stripped down but not enough to make it boring.  There’s still some interesting things like strings and bongos heard in the song and of course miwa having a bigger effect with her vocals and her playing.  It’s a pretty good track and I must say I’d like more of these in the future.

As miwa’s first entry in her sophomore era, 441 is a pretty good single, but might be slightly dragged because of the A-side because it kind of makes me think this was a cut song from “guitarissimo”.  Chasing hearts and the acoustic take on Haru ni Nattara were pretty awesome though and knowing the big tie-in for the former, that’ll be something I for sure want to see on her next album! 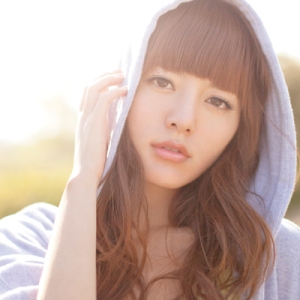 With a title like that above, it really makes you wonder if alan was really trying to shock people with such an uber cute title.  I was happily surprised that Minna de ne isn’t sugary cute like the title would suggest and this is one of the more interesting songs she has to date.  You can hear the Chinese Elements like the flutes and alan’s unique vocal properties.  It does turn from a ballad into a light pop track which is also a plus.  And I swear, alan is sometimes trying to vocalize herself as an erhu and I was impressed that a few times I heard that fully!

As the secondary A-side, I was wondering what “Ikiru” would be like and it sounds like more of a ballad than “Minna de ne” did in the beginning.  I love alan’s vocals in the song and it gives off this fairytale-like atmosphere which is cute and pretty at the same time.  I do prefer the previous song, but this isn’t half bad either.

After alan’s first best-of album was released, I was wondering what direction she would take and it seems she’s going to continue the way she’s been since “Kaze ni Mukau Hana” in the way she’s doing songs with Chinese elements.  Minna de ne/”Ikiru” isn’t a bad single at all and if she keeps it up her next album will sound really good….I hope.

Mano Erina – My Days for You

Weird to see that Manoeri actually going back to something light and more focused with piano for an A-side.  It kind of sounds a bit cheesy but in a typical H!P way with how she’s handling the song itself.  To me it harkens back to the days of her debut era where it was pretty much simple songs and nothing random like synths in her last few singles.  It’s alright, but she sounds bored in the song…it could just be me…but still, put some effort in next time!

Manoeri’s B-sides of recent have been oddballs for me, but I really liked that she took this song and gave it a slight acoustic twist to it and she actually sounds much stronger than in “My Days for You”.  The thing of it though is that it does have a B-side feel, but it’s a bit memorable at the same time.  Ahhhh…..confusing right?

I’m gonna say that this single is pretty bad when compared to her last single, “Seishun no Serenade” in the way that neither track really did stand out from the crowd.  My Days for You does have a little bit of the past written in, but I was tired of that past quickly when she released her first album.  10 Carat no Kirameki. is something new for Manoeri, but something is holding it back from being a great track.  Ehhhh…