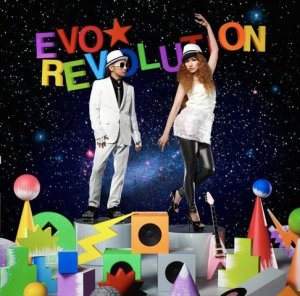 I love funky mihimaru GT songs and Evo★Revolution fills that gap that’s been missing for quite a while.  both HIROKO and miyake have pretty good parts going for them even though HIROKO does sing a whole lot more in the long run.  I just love the energy from this song and they’ve brought back a lot of interest in me into them after the last couple A-sides were a little bit blah.

I do think that it’s a little strange to see that the B-side is a ballad from the duo and is a total 180 switch from the spazzy “Evo★Revolution”.  I like the pretty arrangement that consists of mostly piano and strings with HIROKO singing the entirety of the song while miyake is nowhere in sight of the song.

Closing the “mihimalight” era, Evo★Revolution is quite a good single and much better of an A-side than their last one, “Masterpiece”.  There’s just something I love when it’s HIROKO/miyake mixing up in a funky track.  I do think Ai no Hikari is a little strange being only HIROKO present, but it’s still a pretty good ballad.  Overall, it was a nice single!

Filed under: Yui Sakakibara — solarblade @ 3:34 am 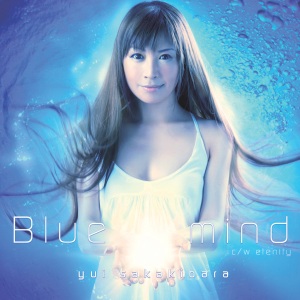 I’m surprised that Yui would actually go into a synth-based track for her next single, but I must admit that I love this track.  Yui’s vocals are alright, nothing that’s jaw-dropping like her PHANTASM vocals but this sounds really good and the arrangement is very reminescent of old Nami Tamaki and that comes off as a good thing.  I still don’t know if I fully am into this, but this is one of Sakakibara’s better A-sides she’s released.

As eternity is the ending theme to the same thing “Blue mind” is tied to, eternity is obviously the lighter and ballad-like tune for the single.  I kind of like the flow of this track and Yui doesn’t sound bad either which is another good sign for the song.  It’s simple and features piano and light pop stuff to make it move.  Different but nice!

Blue mind from Yui Sakakibara is quite a good single (especially if you look at her track record of her singles as it is).  I love the fact that she went synth animu for the main track and took things lighter for eternity.  It’s a good single overall and I hope the other single she released will leak soon too XD