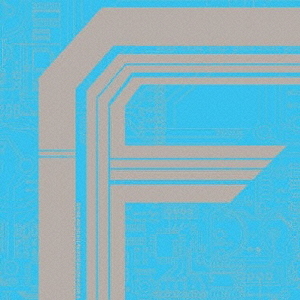 As the introduction to the album, it begins with 8-bit pulses of sound and a little wavy synth…almost like an 8-bit game which is pretty awesome to see happening here.  No lyrics though and it’s a short one being 2 minutes long in length.  I say it did well and put my hopes up for the rest of the album!

As the main song promoting the album, low-bit Disco kind of takes me into this rather interesting mix of 8-bit synths and Sharaku’s guitar playing which is always great to see.  While in the vocal department, Sharaku is covered by who I think is Hiromu under filters.  Though I’m surprised to learn that this song was known back in 2009…back in the “Deus ex machina” days…interesting that it found its way here.

The clicky synths found their way into Meteor Strike and I was actually looking forward to this one just from its title.  I must say that I kind of like the song actually since it’s a little more melodic altogether and I hear more of Sharaku which is awesome. Though I will say that it’s a bit cluttered in musicality but it’s still pretty enjoyable nonetheless.

The intro to Horobi no Ido is so bizarre and oddball that I actually thought I was listening to someone else.  That is before Hiromu’s synths (which actually isn’t chiptune this time around!).  It’s a bit darker and mysterious sounding and I really like Sharaku’s filtered self.  It’s my favorite on the album so far which is a good sign I say!

I guess this could be considered the album’s interlude and it’s a bit shorter than “Over Technology”.  This was pretty messy to be honest since it’s Sharaku singing (or trying to) with Hiromu’s 8-bitness.  I could barely hear what he’s saying and it just gave me a headache to be honest.  Only a minute and a half…it felt longer!!

I was also intrigued by this because by the title, I was thinking of “everything” when I saw this.  Unlike that great song, Everyday is more laidback and chilled out than any other song on the album and I’m happy for that.  Sharaku might not have changed out of the filter/auto-tune but the song’s addition of violins (though prolly computerized) is a nice touch and to hear more of Sharaku’s guitarwork also helps.  Ok, now this is my favorite on here!

The final main song is actually probably the song with the least amount of synthage (but there’s still a bit to be found).  Once again, hearing Sharaku’s guitar in the song is great and Hiromu’s keeps things on the downlow but makes the song sound like a dream.  Though, would it kill Sharaku to not use the vocal manipulators once on this album?  I think it would’ve made the song so much better!

Closing this rather short album is a remix of low-bit Disco which is cool but it doesn’t seem much was changed.  Sharaku I don’t think is present (though he has a small part) in the song which left us with Hiromu and little vocal clips from DEVO’s “Whip It”.  It was humorous to be honest and the arrangement has a different 8-bit melody which is great.  It’s short though at 2:25 in length…not enough to leave a mark TBH.

I have to say, I didn’t have high hopes for this album after how bad “PROTOSCIENCE” turned out but I have to say, this album actually had more good tracks than bad this time and that’s good given the rather lengthy time they had between the two.  I think if they move a little away from the gritty chiptune/rock they have done since their debut, I think they can get better that way TBH. 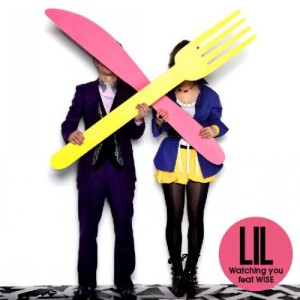 LIL’s first single is interesting since it’s a collaboration with WISE who it off and on with me when he MCs.  ucio sounds a lot stronger than she did I think and while I do dislike hearing her under auto-tune, she’s not under it a lot and she has pretty clear vocals.  TSUGE’s arrangement is also quite nice since it’s electro, but classy haha.  I wish there was a version of this song without WISE, but it’s whatever and I still enjoyed it overall.

Like the title implies we get previews from the upcoming album, “Synchronize” and some stuff from their already released “LIPS IN LUSH” album.  The idea isn’t a totally new one at that but it’s good if you’re wanting a little sneak peak with this 9+ minute track.  I’m thinking this album is going to be a bit different to their first but it sounds hopeful here.

Being the lone single released for “Synchronize”, Watching you was alright but I still think it would sound so much better without WISE.  Otherwise I’m enjoying the song and I liked the little previews on the album digest…showcasing many sides to LIL.  Yeah, pretty good here! ^^ 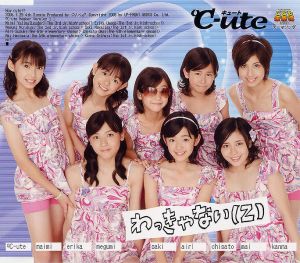 To me, Wakkyanai (Z) is a little strange of a song since it’s not as sickingly sugary like “Ookina Ai de Motenashite” but more like “Momoiro Sparkling” cute.  It’s still kind of odd that Airi and Megumi are leading the song totally (haxing basically) but Kanna and Chisato get one line in the entire song LOL.  As for the song, it has the fullest arrangement which is good but it comes off like a S/mileage tune with it’s silly sounds and use of brass in places.  I think it’s alright, but I have trouble since I usually think it’s a S/mileage tune (prolly is because I’m not really used to the song unlike the other three).

Closing out the “Cutie Queen Vol.1” Wakkyanai (Z) is alright but a little forgettable if not for that chorus that was somewhat cute (pun intended).  It also marks as Megumi’s final single before she leaves the group which is sad because I think Tsunku had hopes for her being a great vocalist and sharing the power with Maimi & Airi (more of the latter).  Though I’m kind of thinking that Tsunku needs to pay attention to the other five girls a bit more >.> 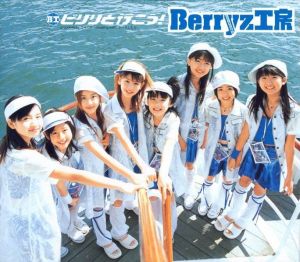 I’m not sure what to think of Berryz’ 3rd A-side.  I do think the arrangement is catchy and it’s great that the members have a pretty equal line distribution (and solos for that matter).  I like the melody not gonna lie but that chorus being slow when compared to the verses is a little bothersome to me.  When compared to the previous two A-sides I will say that it’s in the middle…not as good as “Fighting Pose wa Date ja Nai!” but so much better than “Anata Nishi de wa Ikite Yukenai”.

For being only 2:30, this song really annoyed the hell outta more than anything else.  I mean the same kind of sounds heard in “Piriri to Yukou!” are present which is a surprise since they didn’t utilize same sounds in their previous efforts…What’s even worse is that it has repetitiion problems and they repeats ~kacchoee jan!~ way too many times for me to remember.  The only fact that I might like this song is that once again all the girls get the same amount of solos and singing time so that’s really great…but to a song like this is pretty damn disappointing.

Closing the “1st Chou Berryz” era, Piriri to Yukou! was an alright single but definitely not as great as “Fighting Pose wa Date ja Nai!” that’s for sure.  The A-side is alright and the girls sound good once again but there’s something that doesn’t come off right for me with this tune.  Kacchoee! though was just B-side crap…why do they have an annoying song like this T.T 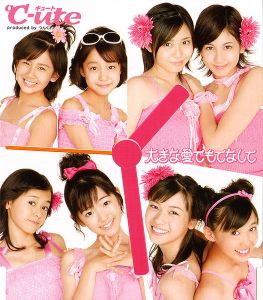 I didn’t think °C-ute would up the cute factor as high as they did but with Ookina Ai de Motenashite, they have succeeded here.  Unlike the previous two songs, it really is a different side to the group thus far and I will say it’s my least favorite of the indies singles they have but there’s a super cute charm going on here.  Airi, Maimi, and Megumi are the only three that has solos which is a lil better than in “Soku Dakishimete” but still kind of underwhelming but whatever.  It’s still one of their more popular songs so I can’t blame for them putting out a sugary sweet song like this one.

3rd indies single and Ookina Ai de Motenashite was an interesting tune and fits the name a lot better than the previous two tracks XD.  Still it isn’t my kind of song unfortunately so I really don’t listen to this very often but I will say the repetitive ~ookina ai de motenashite~ that happens so often will either make you love it or hate it.