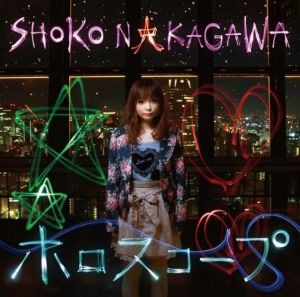 I wonder why Shokotan is on this guitar-laced outlook as of recently because it’s starting to wear thin on me.  Luckily, things in Horoscope is a bit more of a ballad type which is a good thing because “Sakurairo” bored me while “Tsuyogari” was mire cutesy so this kind of fits in between and it was a good middle as well.  Shoko’s vocals are quite strong and the chorus brings out the best of her which is good!  Her best A-side yet in the era!

The B-side of the single kind of ties in with this whole wintry theme and is one of the more softer (if not softest song of the era so far).  I mean to be honest it sounds like it would’ve fit nicely on her single “snow tears” (how ironic since the next track is a new take).  However, the song is just one big blur to me since it doesn’t sound like she’s really into it and it’s kind of plain for her.

Closing the single is a remix of snow tears and I actually was surprised at how much I actually enjoyed the song since it turned a wintry ballad into more of a dance song.  The synths IMO were quite pretty to hear and mixing up with Shokotan’s vocals was a plus.  Hearing bubbles popping in the arrangement is also a sweet touch and just sticks out to me!  She doesn’t have very many good remixes but this is a good one from her.

I don’t know why Shokotan has taken up a guitar-laced era but at least Horoscope is one of the better songs she’s done in this era.  It’s just a powerful ballad and like I’ve said before, she accels in ballads more than anything else.  However, Bokura no Mirai is a ballad that isn’t very good since it lacked a spark and my interest was lying someplace else.  The remix though was the clear winner of the single though since it’s electronic and memorable and treated snow tears just right.  Is the era over yet? XD 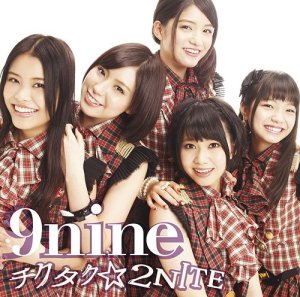 I’m feeling like the group is slowing growing better with each A-side they release.  I actually liked Chikutaku☆2NITE because it’s danceable but slides in some idol stuff as well but not going overboard with it.  It’s still kind of basic of a song compared to other songs they’ve released but it’s still a pleasant song for them.

The actual B-side is a bit more quieter than the A-side but it’s nice because it has such a twinkly arrangement to begin with.  Add in the fact that the vocals are quite sweet as well and you get a pretty good B-side from them.  Though sometimes it feels a little plain in areas.  Not as good as the leading track but it’s alright.

Closing the single is a remix of the first single of the era, Cross Over.  Since I haven’t gotten arount to listening to the original, I can really just go by its sound but I think in comparison, this is probably more quieter and less happy.  I’m surprised at tofubeats since subduing the song isn’t much of their nature.  When the chorus comes in though, it turns slightly into a dubstep chorus.  Kind of the most interesting parts of the remix actually hahah.  It’s a good remix though.

I’m not sure why but 9nine hasn’t really impressed me yet fully with their singles (their best has been “Natsu wanna say love U” but otherwise nothing really makes me want to remember them well.  Chikutaku☆2NITE is more along the likes of what I felt about “SHINING☆STAR” but not as bad.  The remix was the best but only at a small margin when compared to the lead song and “Angel drops”.  There’s another single coming out soon and hopefully an album after! 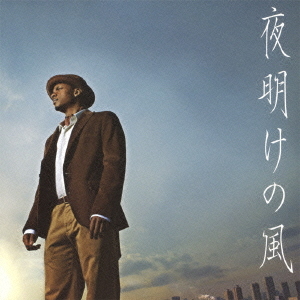 I’m loving the brassy intro to Yoake no Kaze but then got confused because a woman adlibs the intro before JERO comes in.  It’s kind of funny because the song sounds like something I would hear in Kill Bill for some reason because of the rather feisty sound of it mixed with a latin bridge with flamencas and brass.  It’s different and very different for JERO but I really enjoyed this song.

I heard it was a cover, but I’m not sure who sung the original actually.  It follows in the footsteps of “Yoake no Kaze” by having a dramatic and brassy sound to it which is cool and all and this song sounds like one of the Western songs (you know like cowboys and the like).  However there’s electric guitars here which is the main difference.  I once again love JERO’s vocals since they emit good emotions at such a deep and low tone.  I still like the A-side more but this isn’t bad actually and I’m sure he did justice on the original.

As this is his first single before his second studio album, Yoake no Kaze was a giant change of sound for me and he sounded just right along with the new brass sound he incorporated on the single.  I really enjoyed Yoake no Kaze more than Kouya no Hate ni because the atmosphere of the track actually stuck in my mind easier…but both songs were of good quality!