Filed under: Minori Chihara — solarblade @ 5:08 am 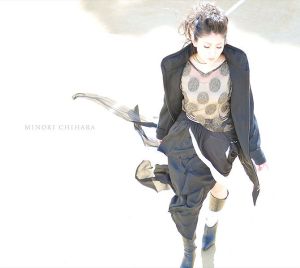 Seeing as I missed out on a quick release, Yasashii Boukyaku represents Minorin’s more softer side and it shows with this song.  It’s kind of a soft and quiet tune but with Minorin’s kind of higher pitched sound.  It’s a bit like later released “Ittousei” but this was for an anime.  It’s an interesting way to begin an era with such a song but it’s nice for what it is.

There’s different versions of the song placed on the rest of the single.  The first is basically just an acapella version of the song so there’s no music and just Minorin singing the song.  I’m not sure if she resung it but without music, it kind of feels awkward actually.  Meh…

On the flipside, this version of Yasashii Boukyaku is a piano and strings version of the song and that worked so much more better than the last version.  Like the title says it’s more sincere and flows a lot better.  However, I’m still unsure if it’s a step up above the original or not.  Time will tell I guess hahaha.

Closing the single out is kind of an instrumental but at the same time not.  I mean it’s a lot shorter than all three of the tracks before but it gets the job done since it plays upon the melody of the song so…maybe it is more of an instrumental.

It’s weird that I spaced out and forgot to review this since it was released a week after “Sing All Love”.  However, it seems that this, “Ittousei”, and “Minorin Ondo” aren’t going to make “D-Formation’s” tracklist but it’s hard to see why with this one since it’s an official release and not a special one like the other two.  About the single, I’d only listen to the original and the sincerity version.  The other two versions are kind of boring actually.  It’s alright but a couple other singles in the era were better.