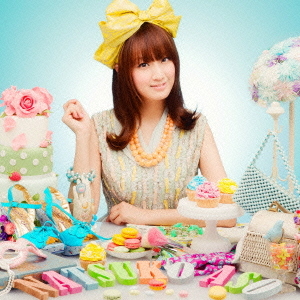 I’m super happy that Natsuko toned down the genki-style for her first A-side of her third era for sure!  It’s still cuter than what she began her career with but she put a little more work towards her vocals than the song which is great!  It’s kind of nice to listen to and almost has this You Kikkawa feel to it…(ironic).  Yeah I like it but there’s still songs I enjoy from Natsuko elsewhere.

I can almost say the same thing with Merry-go-round but I also like this as well since it’s cute but not overly so.  It’s just light and fun to listen to but I still like her vocals in the A-side just a little more.  Though the quick singing here is kind of interesting for the song lmao.  Not much I can really say right now about it that I haven’t already said in “Lovely Girls Anthem”.

Kicking off her 3rd era, Lovely Girls Anthem is actually a solid single (and she really hasn’t had one since her first era).  Both songs might be similar in action but they have points that make them sound nice.  Maybe she’s finding her niche now…Annoyingly cute is just not her style.

Starting the single off, STUDY×STUDY actually doesn’t sound too bad even though it’s the epitome of an idol song with a cutesy synth vibe laced with guitars and a very catchy chorus.  I will say that funny enough I can tell who Yui is in the song but the other three members kind mesh together vocally so it’s hard to seperate who’s vocals go to who.  Still the song is actually good, but it doesn’t have a long-lasting feel to it.  I guess it’s a solid debut (well…sort of).

Now this is something I would’ve expected from the quartet and that’s definitely a idol rock track.  Once again all four gals get their solo lines and I find myself just not liking Yui’s voice in the group hahaha.  I will say this is pretty nice to hear from them and a lot more stronger of a song than “STUDY×STUDY” which is kind of funny.  Though I think it’s funny they paired Maho and Arisa together and Yui and Kaori (YuiKaori) together XD.

Taking a more YuiKaori sound for the second B-side, Session Plan! gets the girls singing in a more genki tone and there’s things that are good but at the same time there’s some surprisingly bad things too like some of the girls just can’t seem to pull off cute vocals very well (Yui does…wow…).  Not my kind of song though…

So some of you are asking why I’m reviewing StylipS…well it’s actually because they are the members of Team DEKARIS who stopped going by that name (plus they were only doing one release).  Well, now it seems they could be a group thing hopefully.  Now since 3 of the four have been doing other stuff, I like their rather nice comeback with STUDY×STUDY.  The leading song is already but isn’t their best.  I actually think Brand-new Style!! is the big hitter actually.  As for Session Plan! it’s kind of forgettable but I’m sure it’ll appeal to idol fans out there ^_^…not bad actually. 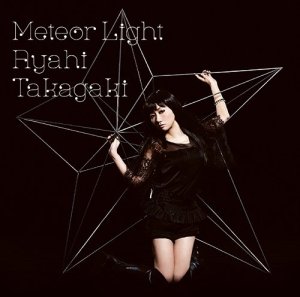 It was only going to be a while before Elements Garden would get their hands on Ayahi.  Of course if you don’t recognize the name, they’re well know as producers (and has just recently done “Synchrogazer” if that helps any).  Of course I was excited because it means Ayahi could finally get out of the ballad zone for an A-side.  Now for Meteor Light, it actually has that great EG sound to it and comes as familiar to people.  It doesn’t have a lot of bang (comparing to the track above) but this is still nice.  After a while though I start to feel like it’s missing energy and punch and just kind of cruises on the same beat the entire song…I’m a little disappointed in EG…but this is one of Ayahi’s better A-sides…

The rest of the single is kind of more or less what we know already from her.  Brand New Smile reminds me of her sphere works since it’s happy-go-lucky and breezy lol.  It’s just that positive of a song!  I mean Ayahi doesn’t really have such an upbeat kind of song so this is a nice change and she continues to sound good…but she’s kind of taking a different tone than she did when she covered KOKIA’s song.

Her singles so far has had a cover song on them so it’s interesting to see that Meteor Light contained no such thing.  However it seems the songs melody is one of Dvorak’s tunes so I guess in a way it’s a cover but not directly one.  Obviously the last track, I’ve said that Ayahi’s vocals sound a little different than once she began…but this actually brings back those vocals that I loved in her ballads.  I mean it’s a very WTF song is you heard “Meteor Light” prior to this and you might think it’s not the same girl but it is!  As a song, the orchestra sounds great but it makes the song move at a snail’s pace.  So I guess it depends on the listener I guess.

As it’s her 4th single in the era, Meteor Light is probably her most exciting A-side yet but it’s not amazing since the song lacks a certain boom about it…but I totally blame EG and not her for that.  Brand New Smile is different as well, being all peppy and bright and honestly sounds pleasant.  However, I felt that Tooki Yama ni Hi wo Ochite was the best sing it brought out Ayahi’s opera-like vocals…she sounds amazing when she utilizes that.  This album is gonna be interesting, not gonna lie lol. 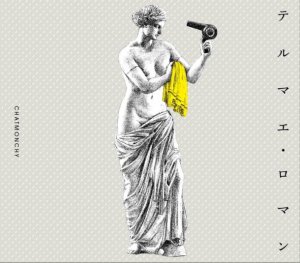 I guess when you’re chatmonchy, you can get away with odd songs once in a while and Thermae Roman is definitely one of those huh??? songs.  Learning that Eriko has actually become the drummer (as well keeping the lead singer title), she actually sounds a bit better here than in their single last week in “Mangetsu ni Hoero”.  In a way Eriko sounds a little like Shion Tsuji here.  Besides the odd topic of showers, this song is surprisingly good from the duo!

I’m a little confused why the duo released two singles in two weeks…it’s kind of random and could’ve been easily made into a double A-side if they wanted but whatever xD.  Thermae Roman is quite nice actually and really shows the group at their best (despite their loss).  Though I’m wondering if this means something in the future for them…

Once again, another album that begins with the first A-side released in said era.  It’s funny because I really like the live version of this song (found on “Uta wo Utaou” BTW).  Still, this kind of continued the whole upbeat and cute shtick moumoon was doing for a while and I found it catchy even though I didn’t like it at first.  Though at the time, I was kind of getting tired of their cute songs.  Nowadays, I can actually appreciate a little more and it’s bouncy and silly which works!

Now the new songs were something I was getting excited for!  Yes / No Continue? actually leaked out pretty quickly (a while before the album was announced actually).  Now it isn’t as sugary cute as “Chu Chu” which is a direction I’m enjoying a bit.  YUKA really sounds like she having fun with the song and I’m liking the mix of Masaki’s guitar-work and the synths the fiddle around.  It’s probably one of my favorites from the album already!

Because the title doesn’t remind me of KARA’s “Jet Coaster Love”, I will forget about it.  I’m slowly noticing the album is getting more guitar-laced with each track the progresses which is a nice change for me.  Though I will say, I don’t remember this song very well even though it does have this Avril Lavigne pop/rock feel to it which is nice.  Still, I don’t remember it otherwise on the album.

This title reminds me of Maon Kurosaki xD.  Anyway, Butterfly Effect actually changes up by being more quiet and laidback than the previous three tracks and it shows with the music and YUKA’s light vocals as well.  I could’ve seen this song somewhere on “15 Doors” to be honest but this isn’t bad but it just reminds me of all the fluffy songs from the previous eras.  Plus…the ~hundreds, thousandths, and millionths~ line was curious…funny that I remember that the most from the song hahaha.

Which brings us to Uta wo Utaou which is literally their first ballad since friggin “Aoi Tsuki to Ambivalance na Ai”.  I have to say, even though it isn’t as great as that song, this one does make up for the lack of ballads they’ve done in recent times.  It’s simple and YUKA’s vocals just sounds lovely here.  Very sweet song here and I enjoyed it more than “Chu Chu” in A-sides as well!

Starting off the second half of the album is the jazzy I found love.  It’s really nice that it’s also quite slow and pretty relaxed.  The big thing to take in is that the song is sung in English and YUKA sounds great here and the song just comes together so nicely!  It might not be everyone’s cup of tea, but I thought this song was very pleasant to the ears and I approve of it!

As the promotional song for the album, Tomodachi / Koibito is definitely one of those songs that really has a similar “Sunshine Girl” feel to it but I found it as a nice contribution to the album since the duo was straying from that side of their sound.  It’s a nice song overall and doesn’t do too much bad here.

Haha, a cooking reference huh?  Well, Bon Appetit is a bit more synthy than the previous song that’s for sure and I kind of like that about this song.  I actually really like the song since it’s the closest thing to a dance song we have on the album.  It’s just YUKA’s vocals just flow seamlessly in the song and it’s nice.  Then again, her voice sounds higher than normal but it’s not bad…great song!

“Bon Appetit” is actually the last “new” song on the album.  We go is actually a full version of the intro of the same name from “15 Doors”.  I must say they really transformed the song into something amazing and so great to listen to.  The intro was cool but it stayed static, but this new version builds upon it!  Actually having lyrics and having such a powerful and ethereal chorus helped it out quite a bit!  I was surprised but loved it all!

Closing the album, we get a one-take version of good night (a song that was off of their 1st mini-album “Flowers).  I thought it suited the album nicely they closed off the CD only version with this song (though “We go” was also a good closure too).  Now good night wasn’t bad of a song actually but I feel like the original trumps this all over.  Still not bad here.

moumoon didn’t take very long to release this album, unlike that giant album in “15 Doors” at least.  To me, I thought No Night Land was actually pretty nice but it didn’t really have songs that popped out in such a big way (like their last album did).  That being said, it was a pretty above average album.  Take a listen, you might be surprised I think ^_^