So it’s Grammys weekend and tonight is the show…though it’s gonna be a rather somber one since Whitney Houston passed, rest in peace.  Shall we get down to the five of the week?…OK!

The Song: Judas was Lady Gaga’s second single released to promote Born This Way and was also a league of controversy because of the lyrical content in the whole Christian way.  To me, it was Gaga pushing the buttons again but a little more than before lmao.

The Video: So the video was however the main reason for the controversy because it’s Gaga’s version of the life of Virgin Mary and basically cites that Judas is an addiction she can’t ward off.  However, it’s like a modern take because the disciples ride motorcycles and everything is less ancient and more recent.  Of course there’s a dance shot as well and some pretty good shots of Gaga and waves.  Let’s not forget that odd ending where she “dies” by having rocks thrown at her.  LOL.  It’s a traditional Gaga video, what does that tell you?

So, why’s it on your iPhone, Brett?:  It’s basically because it’s like “Bad Romance” pt. 2 since it has similar areas like the overly nasal part and the more interesting chorus compared to the verses.  Still, it’s one of my favorite songs off the album…then again there were many to begin with lol.

The Song: As one of the songs from the mini-album WOW WAR TECHNO, EZ DO DANCE is probably one of her best songs in her current discography ^_^.  Also it’s a cover of the same song done by TRF.

So why’s it on your iPhone, Brett?: Basically, this song always makes energetic with its fast paced melody and pumping beats.  A lot stronger than the original and sung better as well IMO.  Still it’s my favorite of her songs and it’s always great to hear it on the iPhone. 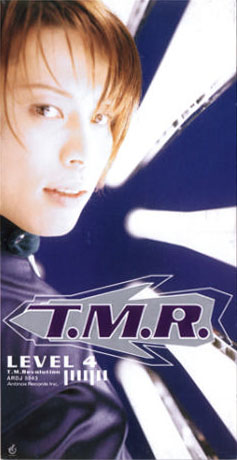 The Song: I mean it’s actually the duo’s 4th single so this was way early on in their careers and it has a rather dated tune actually.  Kind of more euro than before so we have just a bit more going on in their last three singles.

The Video: To me, the LEVEL 4 PV is kind of weird for me.  It’s simple since it has Takanori shot in three places (one is in front of gears, green-screened of course, the second is behind a contraption that he moves around quite a bit and the other in front of white drapes).  There’s also an old (kind of creepy) guy that monitors Takanori.  Yeah for the time it might’ve been great but nowadays…it shows too much age lol.

So why’s it on your iPhone, Brett?: LEVEL 4 is just ridiculously catchy and Takanori’s vocals back then weren’t as focused on vibrato as they are today so this was a different sound to me and he sounded so good here!  Plus the tune was full of Daisuke’s good ideas and together worked well!

The Song: It might known already but Commander is actually the second time she has worked with David Guetta…but this time Guetta is the feature and not the primary which is cool.  Of course this is the style I do like from Kelly so this is good!

The Video: Damn!  I never seen Kelly be so bold after Destiny’s Child disbandedd.  She looks pretty bold and badass for sure!  To me it seems like the video is present like Kelly is having a dance-off (with herself).  After the second half begins is where things get a little strange like the rapper (who only really says three words >.>, Guetta being morphed into a synthesizer (like a Transformer), and Kelly jumping through glass at the final moments in the video.

So why’s it on your iPhone, Brett?: The song is pretty heavy and I do like Guetta’s work and he did an exceptional job with his first song with Kelly so this actually worked out quite well.  I will say that Commander actually stood out so much more.  Great, GREAT song.

5. Alanis Morissette – Hand In My Pocket

The Song: As one of the singles representing her most popular album, Jagged Little Pill, Hand In My Pocket was a little less popular than most (if not all the singles) but it has quite a bit going for it lol.  Catchy in all the right places, I guess you can say.

The Video: It’s a bit simple of one but makes a little sense since it’s a slower song in her collection.  Hand In My Pocket was shot in all black and white and is in slow motion (though it looks Alanis is singing the song at normal speed)…Interesting.  Alanis is actually in a parade, either standing in the crowd or driving a car in the parade…it’s interesting and the amount of people seemed to enjoy it…especially once it starts POURING rain.  Like I said, pretty simple but did its job right since it did let the lyrics have a bit more punch.

So why’s it on your iPhone, Brett?: The lyrics basically were the best thing about the song…plus the harmonica solo was pretty cool as well.  It’s relaxing and it gives hope to different sides of people.  Just a good positive song here!

SO WHAT DO YOU GUYS THINK ABOUT THE SONG THIS WEEK? 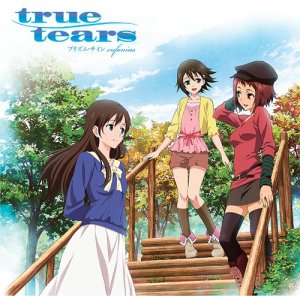 It hasn’t been that long since I’ve heard the duo last and they begin a new era with Prism Sign which kind of sounds like a lot of their stuff I’ve listened to already.  Mostly from “Phonon” which wasn’t that long ago.  Meaning the song sounds like your typical animu song but it does have a little more oomph from the guitars that are present.  It’s still rather light though so it might not impress many people that have been fans of them but it’s not sore or…bad.

The B-side for the single takes things in a much slower and calmer vibe and I kind of like it that way so we can pay attention a bit more to riya’s vocals.  Though it doesn’t get too exciting since it just has acoustic guitar as the main melodic component to the song.  However, it does gain little specks of interesting sounds and some backing vocals.  Still, I think I would’ve added a whole lot more to the song than keeping it at a quiet pace.

I’m not sure how to really feel for this single but the best it could go is average since neither song really stood out to me.  Prism Sign sounds like it just missed being put on “Phonon” since it sounds a lot like a good portion of those songs.  near and far though is a little too basic and not enough surprise I guess…but neither songs are ~bad~ if you say that.