Filed under: Ataru Nakamura — solarblade @ 8:01 am 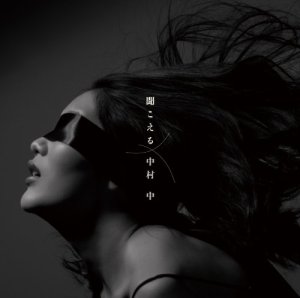 Ataru starts off her album on a low note with Time Machine.  I do like that it really was only piano and her vocals at first before it grew into more sounds and dramatics.  A little basic at times but this song is a pleasant little first song…good vocals too.

I do think DONE! DONE! coming after such a slow song in “Time Machine” is a little absurd because this tune is more pop/rock and has a bit more bite as well.  Ataru’s vocals have gotten a bit higher as well in this song so it sounds a little different pitch-wise to me.  I feel as if there could’ve been more energy as well which could’ve provided with me more enjoyment…but this song isn’t half bad actually.

Moving from upbeat pop/rock to fluffy pop with a flute being the main instrument in the intro is quite freaky lol.  I do like its laidback sound a lot and kind of has this nostalgic charm for some reason.  I will say that I’m not too big of a fan of Ataru’s vocals in the chorus…it sounds weak and forced.  It’s a cute song though and the music would feel great if Ataru wasn’t really singing it TBH.

Things slow down once again when we get into our fourth track, Heinetsu.  For the most part, it’s an acoustic song but that’s pretty nice since it’s simple yet memorable for me because Ataru’s vocals and the lyrical melody works here.  The speaking part in the middle is random, but for the most part, I really enjoyed that song!

Is there a PART1?  I’m not even sure myself since I haven’t delved far in the past….hmmm might be an answer song.  I love the whole blues style we got outta this song quite a bit!  I mean I love the amount of bass riffs and Ataru’s soothing vocals seem to stick to the song like glue.  I quite like this as well ^_^

It just seems Ataru is going at her own pace on this album for some reason.  Misemono Goya Kara kind of sounds like enka-ish/mediterranean but is neither because Ataru isn’t singing in those styles.  Once again it sounds a little dramatic in places and I love the sound of it altogether.

Moving onto another ballad (this time piano-based), Mata Ashita is a song where I’d get bored easily and it officially happens here sadly hahaha.  As heartfelt and simple the tune might be, the melody doesn’t seem to really interest me much.  I mean it’ll definitely might perk up her fans since it’s nice and calm and such but not my thing…it’s still nice I guess.

After that, we needed another charming song to fill the headphones.  It’s more of a mid-tempo song but it’s got a bluesy vibe as well like “Fuusen Onna PART2”.  I mean it’s a bit brighter and is shows because of Ataru’s vocals.  I kind of enjoyed this a lot for some reason.  Hahaha, not typical for me I guess.

It feels like we’re going back in time with Sekai ga Moetsukiru Made since it has that whole old feel to it.  I must say that Ataru really gave a strong performance here and did a solid job for the song…but I feel like some of the other tunes do sound better.  Still a pretty sweet song overall.

The lone interlude before entering our final song, ~Toki no Hakobune~ is really just a two minute with a piano melody that really only goes between two notes which is quite uneventive…but there’s little things going on that are quieter than it should be…but I guess overall it’s OK…just nothing special.

The final song and was used as promotion, Yami no Mannaka did a pretty poor job since none of the album sounds like ANYTHING on the album so it feels rather unusual.  What I mean here is that this song is electro and quite a unique style for the album…add in the fact that it’s also the longest track at 7 minutes.  It’s funny but I loved it when I saw the PV for it and showcases Ataru’s strengths in a good light ^_^.  I’m just surprised that this closed the album…very unusual for me like I said.

It seems like Ataru has found her footing for her second album under Yamaha.  I felt like Kikoeru brought her back into something a lot more interesting and varied and altogether was a much stronger package than “Shounen Shoujo”.