Who knew we’d get two really solid vocalists together for a song.  Daichi seems to be magic when he works alongside other artists and of course Miho as well.  It’s not something that’s upbeat but not a ballad which meets at the middle.  I love Miho and Daichi together since their vocals seem to swirl as one together and it feels like there’s no seperate vocalists when the chorus comes in.  Solid song overall!

Just as the song implies, Dream On is stripped of what’s great and was left with just a lone piano.  Also, it seems that Daichi is missing from this version which kind of gives it a different style altogether for me.  It’s a tad longer than the original version but it’s kind of more boring for me too…I like the mood and feel of the Daichi-full version XD.

It’s been a while since I’ve heard O2 from Miho (a song from first “The Soul Extreme EP”).  Unlike the R&B-heavy original, the remix is a lot more subdued and chilled out and I kind of liked that feeling but I wasn’t too thrilled of figuring out that the vocals from both Miho and AI were filtered to suit the song better.  It’s a good remix, but I think the original still overkills.

The lone single before Miho releases her best of The Soul Extreme (talk about an odd choice), Dream On was a pretty good leading song to be honest.  Then again, when you have two amazing singers together, it rarely goes bad!  The piano version lacked a lot of what the original had so it kind of was just…there.  The remix of O2 might be interesting to some people but the stick with the original.  Ok, single but could’ve been better.

Heyyyy, so yeah being swamped with tons of reviews and missing Friday, I decided to make tonight the 5 post and tomorrow the 10 post since I have to catch up and all….sooo here it comes! 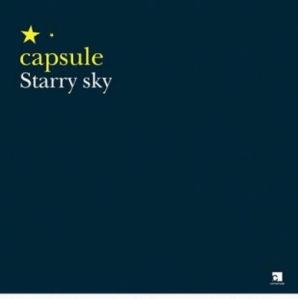 The Song: You would be surprised, but Sugarless GiRL actually was a B-side to the analog release of “Starry sky”.  It’s really surprised because it’s also the title track for said album as well.

The Video: To me the video for Sugarless GiRL (hmmm odd a B-side getting a PV) seems to be made for 3D viewing because while it is black and white, I see blue and red on the perimeter of different things so perhaps it was.  I like that Nakata and Toshiko are present for the PV and the various effects on the video like the sound bars and that “old” Windows starry space is cool too.  Neither of the two really do much and the camera is focused mostly on Toshiko (because she sings) so it’s plain but a cool video.

So why’s it on your iPhone, Brett?: I love Sugarless GiRL, it’s like at the top of favorite Nakata-produced songs he’s done.  I mean it has this bittersweet feeling in it and mix it with this almost guitar-laced electro sound and it’s just gritty but refined…I just somehow am addicted to the song. 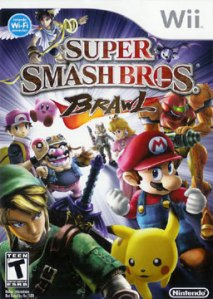 The Song: If you’ve played Super Smash Bros. Brawl, then you know most of the songs that were featured are all revisioned songs from the past.  Bramble Blast in this case is a remake of “Stickerbrush Symphony” from Donkey Kong Country 2 and was done by David Wise.

So why’s it on your iPhone, Brett?: To be honest, Bramble Blast isn’t as amazing as the original but for what it got changed into with it’s more acoustic rendition and natural composition, it actually turned out really soothing…actually one of the more relaxing pieces from the game (notice there’s no official OST out there >.>) 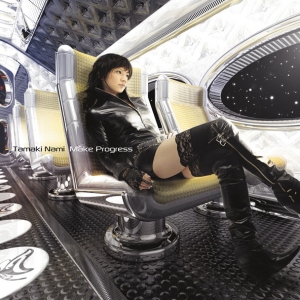 The Song: If you really need to guess then jeeze…but if you haven’t noticed the name of the blog DOES come from this tune which is an album track from Nami’s sophomore album, Make Progress.

So why’s it on your iPhone, Brett?: I LOVE THIS SONG.  It might not be my favorite Nami song (Believe, Reason, etc.) but it’s damn catchy and her attitude is what brought me into the song initially.  Unlike her epic dance tracks, this one kind of was dancey, but at the same time poking at rock without really going there…it’s a great song to listen to for sure…but I’d prolly show you guys a different song first.

The Song: Ash Like Snow is pretty much known as the last A-side they released under SONY before moving to Warner and going on with their career under that label.  Plus, it’s a GUNDAM song, how can it go wrong at all?!?

The Video: The video is quite interesting and a lot more darker than your normal Buriguri PV for sure.  The trio seem to be performing on the battlefield because you see explosions and pandas aiming at the band…it’s really funky.  Plus there’s scenes of Tomoko being aimed at, her on some bike with an oddball character next to her (which I REALLY don’t know the point of it being there) and just not a lot of plot.  It’s a good rock video and it fits the dark atmosphere of the song.

So why’s it on your iPhone, Brett?: While I know the song is a “Heavy Starry Chain” clone at best, Ash Like Snow is still an awesome song and kind of a surprise if you only really paid attention to Buriguri and not the Tommy spins.  This song definitely shows my aggressive side to my mind and I love rockin’ out to it!

The Song: Something you see quite often with Nami Tamaki is cover songs and even more rare is that a cover that isn’t a part of Nami’s discography (as in never made it on an album or a single).  Blue Jeans Memory is a cover of an old Masahiko Kondo track and it’s found on his tribute album, Matchy Tribute.

So why’s it on your iPhone, Brett?: Of the songs here, I’m quite unsure why it’s on the iPhone since my overly stanning of Nami days are over, Blue Jeans Memory is good dance music and it sort of reminds me of a better “Final Memory” but I don’t know…I love her high notes though…edgy!