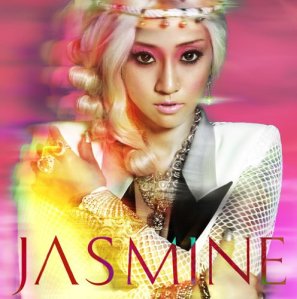 I have to say, I’ve been missing JASMINE something rough for a while so it’s nice that she returned with Best Partner which does go back to her early days with more of a R&B tinted song.  Adding the strings gave the tune more color which is awesome to hear.  I do like that it sounds like it’s a meaningful song like “ONE” was so that impressed me a lot again.  Definitely a good comeback tune!

Straightforward of a title eh JASMINE?  The first B-side reminds me of a harder “JEALOUS” for that intro it had.  I love how raunchy and badass this song can be and a little sexually forward is!  I am surprised at hearing her under auto-tune again but at least she powers it so much that it’s a cool effect.  I’m surprised she doesn’t cuss in the song considering the title, but damn this is hot!

3. Touch me on the Beach

Which follows into the other B-side which is sweet enough for me!  It’s a bit more danceable and to me it’s a lot catchier than “B*TCH*S” was actually.  I’m also loving JASMINE’s new style of singing, she gets this grittier and soulful tone and it’s awesome to hear!  This is just a fun song and just impressed me all over!

Wow a year passed by before JASMINE announced a new single after “ONLY YOU”…good lord…Best Partner is definitely her best single overall for a long time (and probably for me my favorite single she’s released altogether.  Best Partner is R&B in a good way and sounds so good to me.  B*TCH*S being more aggressive and in-your-face and Touch me on the Beach is the danceable summer soiree.  All three were really great and makes me hope she amps it up for the album ^_^ *RECOMMENDED*

One Response to “JASMINE – Best Partner”