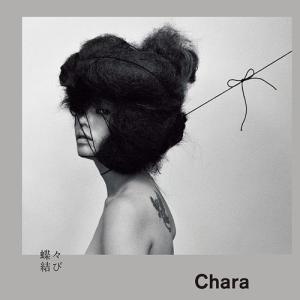 After two upbeat tracks, I guess it was time to change for more of a ballad.  Chouchou Musubi might not as intriguing of a song like the previous two singles, but the song is arranged nicely as this kind of euphoric experience.  Add that Chara isn’t sounding terrible makes this also a little more easier to swallow.  Not bad of a track, not my cup of tea, but I can actually listen to this (strange, I’ve been slightly enjoying Chara more in this era than I have ever been with her >.>)

Just like the last two singles, the B-side is actually just a live cut.  This time it’s a live version of Tiny Tiny Tiny (her 12th single).  I am a little surprised that it’s longer than 8 minutes which is kind of making me all worried.  I don’t think I liked this as much as I did with her last live version, but I think Tiny Tiny Tiny is one of Chara’s more recognizable tunes…so ehhhh.

Closing out the “Cocoon” era, Chouchou Musubi is just average.  I liked the arrangement of the leading track and Chara’s vocals aren’t too catty here so that’s a good thing.  The Tiny Tiny Tiny live cut, isn’t much to me sadly.  I’m thinking the album will actually be somewhat exciting but not a lot…who knows.