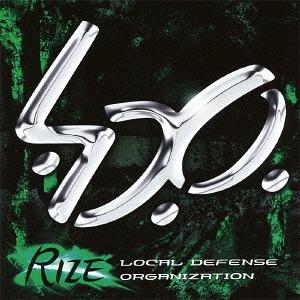 So taking a little time off and switching labels again, RIZE pulls out LOCAL DEFENSE ORGANIZATION and I can already tell that this song was much better than most of the stuff that was on “EXPERIENCE”.  There’s so much energy and JESSE is back to rapping it up but also singing strong as well.  It’s just a heavy and cool rock song and definitely was a great way to start on a new label.

*will review the lives if they leak*.  I was wondering where RIZE went off to after their last album, but it seems they left UNI-J for Warner which was probably a smart move because while “EXPERIENCE” did do slightly well on ORICON, that album was a bit of a mess and I love they found control again.  I hope they continue to put out awesome songs in the future ^_^