Filed under: NICO Touches the Walls — solarblade @ 1:39 am

I was kind of expecting Yume 1-gou to have been a ballad considering that cover art, but this is kind of more of what they’ve sound like in recent times which is good and they work better with what they have.  Tatsuya sounds nice and fits the slower atmosphere and that chorus was kind of cool.  It’s pretty laidback, but I felt like this was a good enough A-side and I remember it better than I did with “Natsu no Daisankakkei”.

Uhhhh…a reggae-ish track as the B-side?  I really wasn’t sure what to think of Kessen wa Kinyoubi because while it was reggae (without the steel drums?), it kind of came off as too laidback until the chorus came in and added some needed edge.  It’s like listening to 311 or something like that.  I guess it’s not too bad, but it is a little forgettable in the long run.

So the single comes with three bonus tracks, which are also lives.  The first one if from their “Aurora” album, Fuujin.  I love Tatsuya’s energy ingetting the crowd going lol.  Seeing a I haven’t gotten through to listening to the album, this is my first time and I’m liking the energy and the band sound great overall.

This song at least I recognize from being on “HUMANIA”, Bicycle live is just as boring as I thought it’d be.  Unlike “Fuujin” the energy is really dissipated after the intro with Tatsuya.  It just kind of turns into a blur for me and once again like the studio cut, I just can’t seem to remember anything about the song.

Another song from “Aurora”, Me seemed to be just like “Bicycle” in how the song is just the normal NICO track which really doesn’t help the single nor come after the previous track either.  There’s some parts that are really good…mostly the held-out notes mostly…it still is forgettable though.

It’s been quite a while since NICO released a single, but they did good with the leading track, Yume 1-gou.  The song was really sweet and had a pretty good melody to go along.  Kessen wa Kinyoubi was at first strange for them, but it turned out good as well.  As for the bonus tracks, only Fuujin is the one that’s actually good but the other two are blaaaah to me.  Overall not bad and a good way for the band to close out 2012. 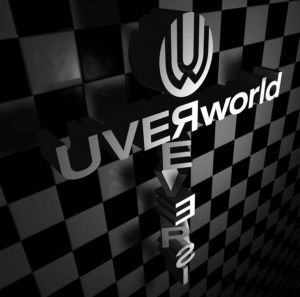 As you may have already known, REVERSI is a recut song from their recent release, “THE ONE” and it was released because it’s tied to the Ao no Exorcist series.  Like I’ve said on that review, this song was great and hearing UVERworld mix synths up with their already powerful rock sound is always a great pleasure to listen to.  Definitely a solid track from the band and I’m happy they chose this to act as a recut.

Hm?  I’m instantly reminding my self when I saw the title of this to be similar to “Choutaisaku+81” which was the B-side from “NO.1”.  As I highly expected, it’s a lot like that song because it’s a mesh of various UVERworld songs which might impress a few, but to people that wanted a new song they aren’t getting here.  Though in the middle there’s a conversation going on (anime-related?).  It’s really strange and some songs are spruced in here and there, but Istill wonder what the point of it all was.

The rest of the singles are live cuts of their past songs, the first is ace of ace from their album, “LIFE 6 SENSE”.  It’s still a strange song when I listen to it, but the energy the band and TAKUYA give off is extreme and it’s really awesome to see them pull of like this.  Definitely surprising to hear and they pulled it off in a big way!, Plus the crowd there was definitely helping out as well lol!

The other is their other Ao no Exorcist track, CORE PRIDE and this was the one with the major use of saxophones, but I thought they handled this song better, but the audience weren’t as heard like in “ace of ace”.  Straightforward performance, but still good nonetheless!

Even though this single was really unnecessary, REVERSI was a pretty solid choice to have been re-used for a single.  Finally closing “THE ONE” up, this single was good for the most part.  Main track is awesome, the live versions are pretty good and while Theory+81 is random and nonsensical, it did fit the single.  Overall, a pretty strong single.