Starting this long amount of posts, like last year I’m beginning with the best Korean and American songs for me personally this year ^_^

K-pop might have had less impact this year than the last two, but they still managed to put a lot of good releases. Even though I like EXO-M’s version of MAMA a lot more, I can’t deny that the Korean take was also REALLY well done as well.  There was a lot of power and force in it…just badass…but really…those teasers leading up to this was too much hah.  The Grasshopper Song by Sunny Hill was a really fast track that really tested tge group out and it did really well considering their male member was about to leave due to being called into the military.  T-ara’s LOVEY DOVEY was the first song of 2012 that really caught my eye (before the drama started rolling out).  It’s a very catchy song though true to T-ara’s signature style.  2NE1 didn’t have a very exciting year with only a small amount of releases in Korea but I LOVE YOU isn’t a bad song, a lil different as it’s a love song that’s kind of textbook written, but it’s really cool.  Last, but not least, Super Junior’s Sexy, Free, and Single was a great song and even better to reintroduce Kangin.  Awesome song overall ^_^. 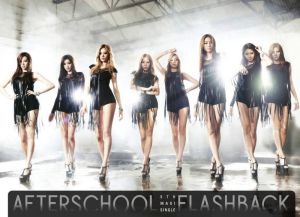 Kicking off the top 10, Eyeline is the only song of the ten that was not promoted on its release.  The song itself is also a solo from Nana and it really suits her.  Her vocie is sexy and dark and with the arrangement being all K-pop it was a great song (even better than anything else off the “FLASHBACK” single).  Great song overall and an awesome way to kick off the top 10.

Everyone knows what Gangnam Style is.  It was definitely the song that I would have NEVER in my days as a reviewer and fan of K-pop see this becoming the biggest song in YouTube history or in sheer popularity around the world.  The song is infectious, the beats make you get up and dance and the amount of English is nice and doesn;r fully alienate people.  It isn’t higher because of its popularity, it’s become overplayed, but I still enjoy whenever it comes on…next question is…what could be PSY’s next song….hmmm 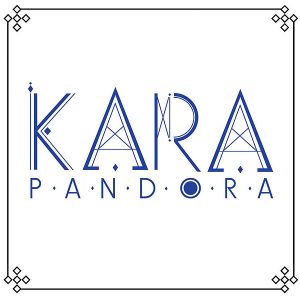 I wasn’t sure what KARA was going to do for Korea this year, but Pandora is a really epic song for them (not as good as “STEP” though).  I really love the classy feel and the members sound just as good if not better here.  It’s edgy and quite catchy for sure! 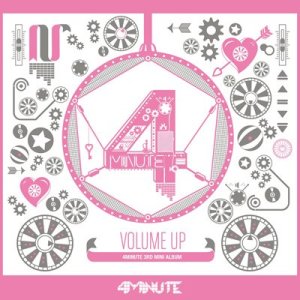 Volume Up wasn’t a total surprise this year considering 4minute was slightly releasing good stuff in Japan but I really found myself entranced with this song.  It could be from the saxophone heavy arrangement or just hearing HyunA being a badass alongside GaYoon and JiHyun.  It was classy, yet refined 4minute and this came before “Love Tension” in Japan shows how much sexyness the group can bring ^_^

Behind this very pretty song with a funky arrangement belies some raunchy lyrics, but what can you really say about Ga-in, she tackled Bloom and despite its controversial ways, it’s still a great song and very easy on the ears to just jam too.  She always makes it so easy to love her songs and she’s definitely my favorite of the BEG girls. ^_^

As the newest boyband to catch my eye, VIXX’s second single really brought up this new group to my attention.  Rock Ur Body is another funky track, but they also kept to the normal K-pop sound mixed in with dubstep.  It’s a quirky number and despite the poor English skills the guys have, I still really enjoyed the track and one of the cooler MVs in Korea.

Like VIXX, TVXQ also released a Kpop track with heavy dubstep influences but they handled it 100% better.  This was DEFINITELY what they needed to show that they were even more badass than when they were 5 members.  They just hit everything hard which included the vocals, the choreography, and the edginess of it all.  I was definitely blown away by Yunho and Changmin here!

It was difficult to choose between this or “MONSTER” from the rerelease, but this song brought me into BIGBANG’s music so I had to choose this.  It was a really heavy party song and it was incredibly catchy from G-Dragon’s line to T.O.P’s rap…it was just a hell of a lot of fun.  Definitely a badass song!

Even though U-KISS have been release whores this year, they did manage to release a thank you to their fanclub and with it included this track BELIEVE (or in Japan called Believe (Believe You) because U-KISS already have a song titled the former there.  Believe is a bit sappy in the lyrics, but it’s a cool dance track and hearing AJ blazing this song impressed me a lot! 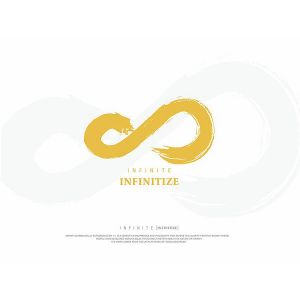 HOWEVER, the best song this year for me is really a total surprise because I really never expected INFINITE to release such a badass song in The Chaser.  It’s got this really cool 80’s/Vice City-ish tone to it that really caught my attention and I loved everything about it…though I’m sure I’m the only one who thinks this song deserves the spot over a bunch of songs on this list…but I LOVED THIS SONG!!!!

The 5 that almost touched the top 10! 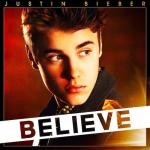 Starting this list, I knew coming in that there wasn’t many songs that really interested me in the States (yeah strange right?) So kicking things off, I also am not a fan of Rap so seeing Stereo by MGK will surprise many readers of mine.  It’s a pretty tongue-and-cheek kind of track and seeing MGK shoot lyrics out alongside Alex Fitts who takes the chorus…cool song overall.  While Nicki impressed me last year the most, she didn’t really seem to do it this year even though her Roman Reloaded album was pretty good.  Starships was definitely the highlight and I’m starting to think Nicki should sing more than rap in the future as she’s got great vocals.  I love Owl City and it was great to see Adam reappear with Good Time alongside Carly Rae Jepsen…they have great vocal chemistry and I wish to see more of these two doing duets in the future!  I actually got a little surprised when Ke$ha released Die Young because it’s kind of pop but not like the songs she’s known for.  It’s a bit like her older stuff, but a little more pop/generic…I still liked it for what it’s worth.  I know I’m also going to be shunned a little, but I actually liked one Justin Bieber song…Beauty and a Beat might be sung by Justin, but it felt like it was totally different and a lot less cheesy in both lyrics and arrangement.  Plus Nicki was there, what’s so wrong with that?

There’s been times where I’ve loved Chris’ music but then hated other songs he’s done.  Turn Up The Music was badass and the energy from it is probably the fiercest dance track he’s done.  I loved it and is probably my favorite from him since “Forever”.

Even though the song was mainly popularized because of it’s tie-in with Snooki & Jwoww, Icona Pop’s I Love It was my main electro buzz this year.  From the anthemic lyrics to the gritty synth arrangement, this song was definitely up my alley and it was quirky and cool to listen to…definitely a song I wasn’t expecting but love that it exists.

8. Taylor Swift – We Are Never Ever Getting Back Together (Red)

I think a lot of people enjoyed Tay’s return with this song.  It was charming, a lot of people went through what the lyrics were about which is a great way to connect with fans…and the video was random as hell.  I just loved the hook of the song and it’s one of Taylor’s fun songs but with a twist so I really liked this song! 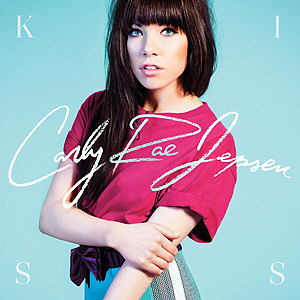 Another song that really got a lot of attention this year, Call Me Maybe was incrdibly addictive and it spawned so many parodies that it’s not even funny.  Carly hit a pretty good song with this as the lyrics are cheeky as is the MV for it (which the ending was total lulz).  One of the most addictive songs this year ^_^

Kelly’s song is also another I would think not many people would’ve guessed I liked, but this was hard and the lyrics were pure as they come because that was the main reason I really liked it next to Kelly’s powerful vocals.  It hit home and I really ended up enjoying this song!

P!nk is another artist that always makes me smile whenever she releases something new.  So seeing her back, I was ecstatic and I did love the first single, but the second, Try was a lot more personal and lyrically deep for her…which includes the video it got with all the dramatic dancing.  Great song this year! 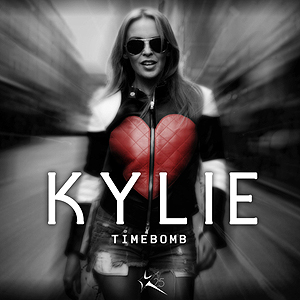 Kind of randomly released, Timebomb was a really cool song and a good thing to release after “Aphrodite” even though it’s only a single and hasn’t exactly appeared on an album quite yet.  It’s got a lot of punch and she hasn’t lost that dance spark quite yet!

3. Owl City – When Can I See You Again? (Wreck-it Ralph Soundtrack)

Isn’t it strange that one of my favorite songs of the year came from a soundtrack?  Owl City gets a second mention with the main promo song, When Can I See You Again?  It’s so cute and charming and Adam sounds axtually strong for such a sparkly setting.  I was just surprised this wasn’t on his recent album o.0 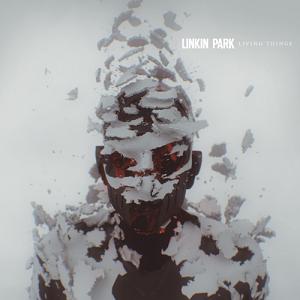 I love Linkin Park since the beginning so once again hearing a new album made me excited and since they’ve been changing their sound to include more synths, BURN IT DOWN, the first single was a great way to show off this experimenting AND keep the band’s aggressive rock feel.  Didn’t hurt that Mike and Chester sounded badass  Awesome song from the band overall!

1. Gotye – Somebody That I Used To Know feat. Kimbra (Making Mirrors) 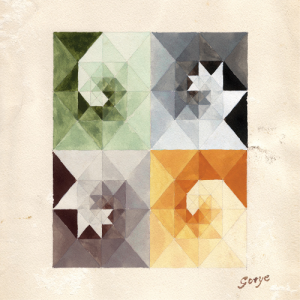 Even I think I was surprised that I loved Gotye’s song as much as I did this year.  It’s so artsy and indies that it’s also kind of eerie and cute at the same time.  Lyrically it’s a bit depressive and hearing Kimbra’s side of the story gives a lot more depth to the song.  Simple is the way to go it seemed and I made this my favorite of the year!