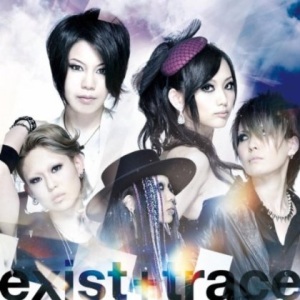 It’s been a while since I’ve heard from this lovely band and I returned to Diamond and this song was a lot of what I missed from them.  I’ve noticed the band has slowly started to have two vocalists with miko joining in with solo lines as much as Jyou does.  I’m surprised to hear synths backing the band up but it’s still a cool song (lighter than any of the leading songs on “virgin”).  Not bad though.

The first B-side to pop up is the edgier and gritter song Kuchibiru.  I’m loving how loose and free it sounds and Jyou also has a certain looseness in her vocals that really sound good though there wasn’t a lot of miko (though she has a miko-only version).  Now this song definitely reminds me of stuff from their debut in Tokuma.  It’s just a very cool song from them and is better than “Diamond” unsurprisingly.

The final track, brings us back to something more straightforward with JUST ONE, it is the loudest hitting of the three which is great and Jyou and miko sounds surprisingly together and good in tandem.  I can’t see why this couldn’t be the leading track.  It’s pretty damn good and both vocalists sound amazing!

exist†trace kicks off this new era with a pretty decent single in Diamond.  I can tell their sound has slightly transitioned into a more mainstream kind of rock which might worry fans, but this wasn’t the case…well ok, Diamond is kind of a meh song but Kuchibiru and JUST ONE are both worthy songs in their discography.  I am curious to how the rest of the era plays out.