FINALLY, I’m able to finish Generation 4 and move onto Gen 2 (then 1 clearly).  On this post we get into the MANY legendaries that were shown off.  So let’s finish this off! 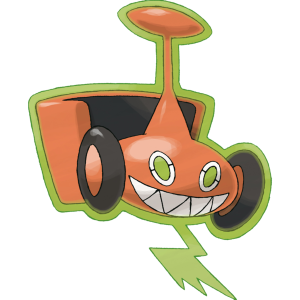 While it’s a controversial to whether Rotom counts as a Legendary or not, it did get their music when you first encounter it in Diamond/Pearl.  It’s also interesting with its Electric/Ghost typing.  It’s not really an amazing Pokemon in those games, but it’s unique typing and look just made things pretty cool.

Then Platinum happens and we’re introduced to 5 new forms of Rotom: Heat Rotom, Wash Rotom, Frost Rotom, Fan Rotom, and Mow Rotom.  Besides the obvious visual changes they also trade a move off from Thunder Shock with a single move of the particular form it takes on: Overheat, Hydro Pump, Blizzard, Air Slash, and Leaf Storm respectively.  Interesting to note that Rotom doesn’t change typings in Gen 4 until…

Generation 5 would bring new typings to these new forms.  Of them, Heat Rotom, Frost Rotom, and Mow Rotom gets unique dual typings which is pretty cool!  I’ve been biased to use Mow Rotom a lot because it’s got some new defenses and a lot of protection against other types.

Getting into our actual Legendaries, we kick things off with the Lake trio with Uxie.  Maybe it’s just me but the fact that it does have a golden mask? (face?) made it stand out to me.  Beyond that it’s Psychic typing isn’t a new thing and it’s not exactly a powerhouse.

I also thought the fuchsia color of Mesprit made it stand out quite a bit too, but like Uxie…not exactly worth using to be honest…just not that memorable.

The last of the trio (and argubly the leader of the three), Azelf is probably the forgettable one in looks.  I mean if its face is a shade darker than its body, then it’s just a bit too mono.  Also like its brethren, nothing about it remotely seems too interesting

Honestly, I would’ve expected the tree to have gained the Fairy type in Gen 6 since they are legitimately fairies…what’s the deal GameFreak?!?

So then we have Generation mascots next starting with the one that fronted Diamond!  Dialga has the unique typing of Steel/Dragon and it’s a beast!  While I never got to own Diamond (ended up with Pearl), After getting it though, I have to say I do enjoy Dialga a bit more than Palkia.

I was kind of expecting Palkia to kind of match with Dialga with the whole Steel/Dragon type, but strangely enough it doesn’t!  It’s actually typing is Water/Dragon (so what does it have to do with water?)  I mean it controls space so besides its movepool where does its Water typing come from?  I do like the design a lot, but after some time Dialga just took over lol.

Moving to post-game legendaries, we have Heatran, which was another Pokemon I never understood where the status came from considering we catch this guy in Stark Mountain.  As a Fire/Steel typing (unique) Heatran was a pretty strong guy and his signature move, Magma Storm is pretty amazing too.  Also, it’s the only legendary with genders so that’s pretty unique too…still why is it a legendary?

If its looks weren’t obvious enough, Regigigas is the kind of the ultimate of the Regis (I mean you can only get this guy if you own Regirock, Regice, and Registeel and go to Snowpoint Temple).  I do think the fact that it’s the first Normal-type Legendary to be kind of funny, but makes sense and it’s a POWERHOUSE.  Though with power comes its negtives and that’s mostly surrounding his ability Slow Start (which makes him unable to battle for a few turns).  Once it gets going though, it becomes a monster and hits REALLY hard. 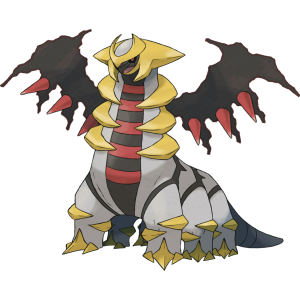 Our next Legendary is Giratina and is the 3rd between Dialga & Palkia.  Being a Ghost/Dragon, Giratina was the one that I instantly wanted because of its scary appearance and cool moves it gets (including its signature move, Shadow Force).  Definitely one of my favorites from the 4th Generation.

However that’s not where it ends, Giratina becomes the poster child for Platimum AND it gets a new form in its Origin Forme (the snake-like variant).  While there’s not a lot of major differences between the two, Origin Forme was caused by the Platinum-only new area, the Distortion World.  Outside of that, the only way you can get that form is through a Griseous Orb held on Giratina’s Altered Forme (the main one).  Overall, it’s a pretty awesome Pokemon overall!

Our final Post-game Legendary is this majestic Pokemon, Cresselia.  Considering that it’s the games roaming Pokemon (as in it moves around Sinnoh and randomly appears if you are in the same route as it).  Another pure Psychic type, Cresselia never really popped out at me and its signature move, Lunar Dance is a suicide move…it just doesn’t stand out nor does it feel like it manages to do much of anything.

Now we get into our event legendaries starting with an odd one.  I’ll start off with Manaphy first because the only true way to get a legitimate Manaphy was transferring its Egg from any of the Pokemon Ranger games.  Manaphy is a pure Water type and is more well-known because it has a lot of appearances in the anime/movies AND its unique move, Heart Swap is pretty neat.

Then there’s Phione which can only be obtained by breeding Manaphy and Ditto together.  The strange thing is that while Manaphy can produce Phiones, Phione cannot evolve into a Manaphy (just seems rather ass backwards if you ask me).  To be honest, neither of them stuck around for me through the games, it’s just cool that it’s interesting to obtain. 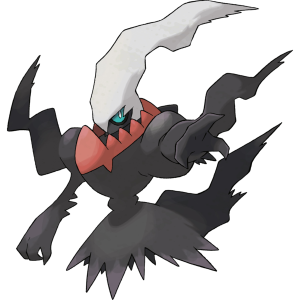 Oooo, our first Dark-type Legendary!  Darkrai is pretty amazing and it looks pretty badass too!  Learning that it is paired with Cresselia makes it more interesting and Dark Void is such a useful move haha.  Beyond that, there’s not much else to say about it, but it’s one of my favorites as well! 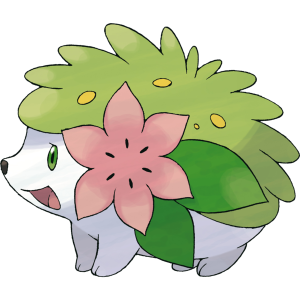 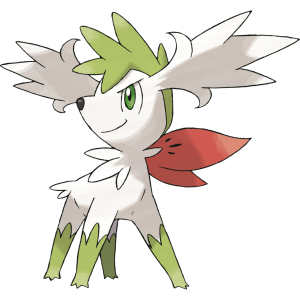 I never knew what was so exciting about Shaymin to be honest.  I mean its Land Forme is cute with the flower on its head and such, but being a pure Grass-type it just left me wondering what was special about it.  Seed Flare is amazing though so I can’t say too much about that hahaha.

Though it was known when it data-mined in D/P, when it was officially announced (during Platinum days), a new forme was also announced, a Sky Forme as you will and it’s OK, I don’t think it looks that great, but the fact it becomes a Grass/Flying type (shares with Tropius) makes it somewhat more interesting. Plus you get it from the Gracidea flower.  Overall, it’s OK, but yeah not my favorite. 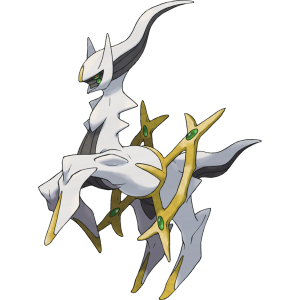 The final Pokemon of Generation 4, Arceus is credited as the God of all Pokemon and it shows with its overpowered stats and its gimmick.  It has plates of EVERY type and once it’s holding it, it becomes that typing (so Arceus can be any type of the game!).  Also Judgment (its signature move) also becomes that typing.  Honestly, it’s pretty amazing, but what could you do from here? XD