Here we are with right now the final post for Generation 7 (at least until we figure what’s going to be included in Ultra Sun/Moon & the unknown Switch title.  We’re going to talk about the Alolan forms of Pokémon (ironically was left to certain Kanto Pokémon) so shall we begin? 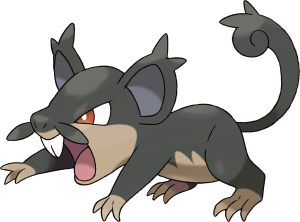 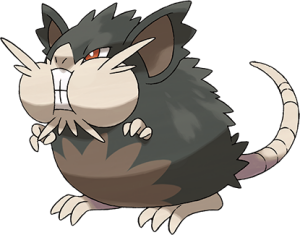 We begin with the Raticate line which as you can see changed colors from a predominant purple fur color to a black color and Raticate is a bit fatter as well xD.  They also changed from Normal to a Dark/Normal type.  It’s a bit better for them, but not so much that they’re must-haves!  Though I do give it props that Rattata will only evolve to this only at nights. 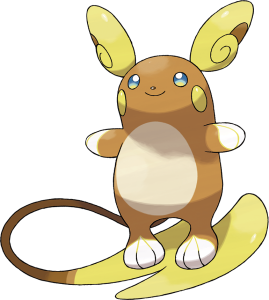 Now, on this list not every Pokémon in a evolution line gained an Alolan form.  For example, Raichu here was the only one to get an Alola form (Pichu didn’t get anything and Pikachu either, though it did get Hat forms, w/e they are right?).  Back to Raichu, it managed to gain a new type making it a Electric/Psychic type (a first for the series).  Unlike many others in this list though, Raichu evolves in the same way Kanto Raichu does (by a Thunder Stone that is). 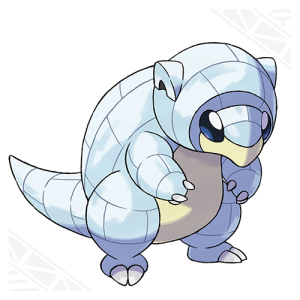 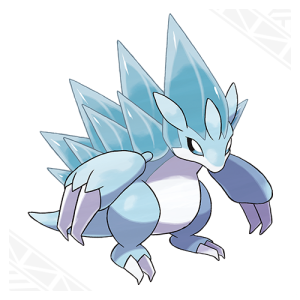 The next ones up were of the Sandslash line which actually went from being a Ground type to an Ice type (Ice/Steel in the case for Sandslash).  While the typing overall is much worse off for these two (because Ice is bad defensively already and the 4x weakness to Fire in Slash’s case, I feel like I love the aesthetics more than I like their gameplay now.  Though I seriously love both of their designs strangely.  Sandshrew though now evolves only by use of the new Alolan Ice Stone. 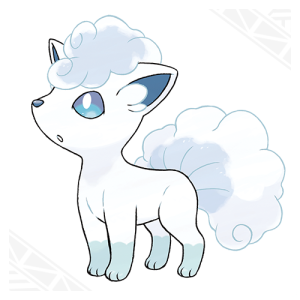 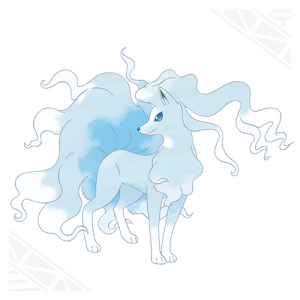 I suppose in Alola, Sandshrew & Vulpix are a bit in a rival as they both got them Ice treatment in the game.  Though interestingly enough, I think Ninetales got the longer stick in the end by having its type changed into Ice/Ghost.  At least the meta is a bit more forgiving letting Ninetales be a bit more of a Special Attacker.  I also like its design, but I feel like I like the original designs more!  If it wasn’t obvious though, Ice Stone, just saying… 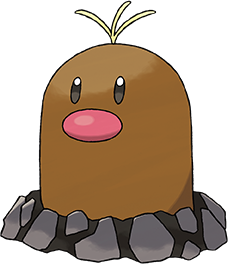 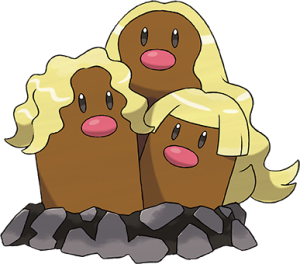 You think changing a Pokémon’s design would make sense and while the change to Dugtrio’s typing makes sense when you really do research the fact that the design’s addition is hair to make it from Ground to Ground/Steel is bizarre yet unique. Granted, I do think it got boosted with the new typing and does a smidge better in-game, I just can’t get the Hanson reference out of my head xD 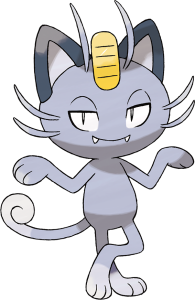 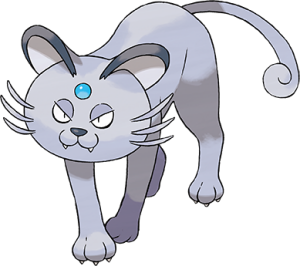 I’m pretty much OK with changing a Pokémon’s design for the sake of it, but I don’t think changing Meowth’s color and blowing up Persian’s head is quite enough to make me care about it.  Though I do approve of changing its typing to Dark and making it’s evolution friendship-based interesting, I think I cared the least about this line out of the Alolan forms. 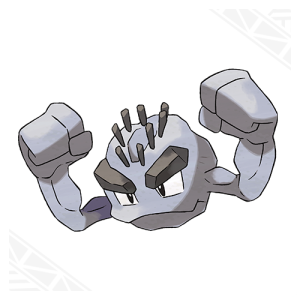 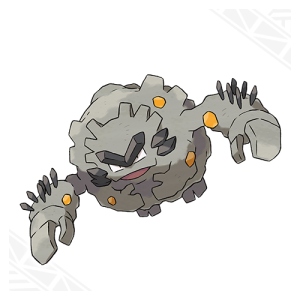 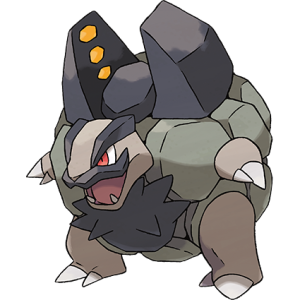 As the last Alolan Pokémon to be revealed for Su/Mo, the Golem line was also another group of PKMN that I wasn’t expecting to get new forms.  Though I was pleasantly surprised by it by adding the Electric type to its already known Rock type giving it some nice coverage and some Special power (even if it’s more of a physical attacker/defensive tank).  Not quite sure of Golem turning into a launcher, but I suppose it makes sense in a way. 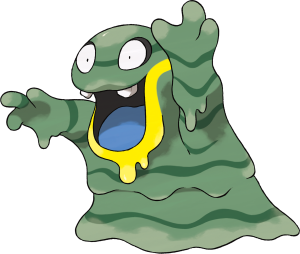 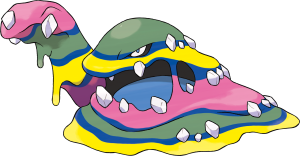 Yeah, I’m not surprised that the Muk line got new forms, but I wasn’t expecting that it would be a positive thing they exist for Alola.  The Muk line also gained a new type changing it to a Poison/Dark type to give it some push like the Drapion line does.  An interesting thing is that the colors on Muk changes (though in the game it is a little awkward with it changing and stopping).  Otherwise, it’s a nice upgrade, but still not a Pokémon I’d really use. 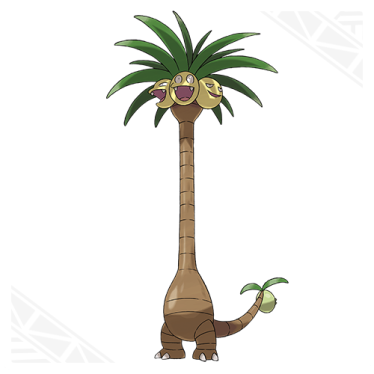 Probably the most unusual of the new forms we have Exeggutor (which strangely enough to see that Exeggcute did not get anything).  The original was a Grass/Psychic type but here after absorbing the heavy amount of sunlight (though really a Leaf Stone), it evolves into this towering Grass/Dragon type (which to me still doesn’t make a whole lotta sense to me).  Besides the fact it became a meme real quick and how absurdly tall it is, I find it a nice addition and does a lot for the line! 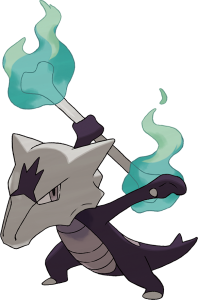 Last, but not least we have Marowak (strange as it seems that it ends a little after 100 Pokémon (when Kanto has 151, going by Pokedex number).  I will say that Cubone not getting the form as well is odd, but once again makes sense once you read the little blurb about Marowak here who went from a Ground type to a wholly new set of Fire/Ghost (sharing with the Chandelure line).  I REALLY like the firedancer motif it has and the undead feeling just feels right.  While it’s still not quite as awesome as Chandelure, this was a great addition.