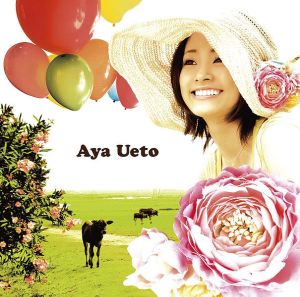 It’s been a while since Aya released anything for a while and I was oddly surprised the song sounded pretty idol-like with it’s overly pop-like nature and the small quips of electric guitar.  I’m pretty turned off by the fact that Aya went this direction to be using all these terrible idol-like sounds, all those yelps and ~YEAHS~ do not make a song any good IMO, and sort of detracts from the song itself.  I haven’t heard her stuff before this era, but I know that “way to heaven” is leagues better.  Sad, sad song.

However, I was happy with the B-side which was a ballad.  Aya did a way better job sounding together and keeping herself sweet and nicely emotional throughout.  It’s still a little bit a little bit typical of a ballad with a piano + strings arrangement.  It can become a little bland after a while, but it’s still a good ballad.

Ok, I guess two years has messed her up a little bit, Smile for… was just too idolly for me and I thought she was over that crap for sure, but I guess not and I quickly got annoyed with it.  Mou Ichido Dake was an alright ballad, even though it’s not too much…Seems like Aya can’t get a super song out of the era…Can’t tell which is the worst one of the era. 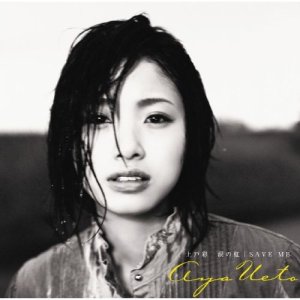 Namida no Niji begins the single off pretty awesomely.  Unlike the uber poppy “way to heaven”, this track is actually a ballad of all things and we get to hear more of a softer side to Aya.  The music is really nice mainly filled with strings and piano and drums.  I thought it was done pretty nicely.  Aya’s vocals however doesn’t well here as they sound a bit off the note most of the time.  It’s alright, nothing too special.

At first, I thought SAVE ME was also a ballad, but it’s actually a rock/pop track which also brings out the better Aya as her vocals are more solid this time around.  Her high notes are a different story though LOL.  Still as I look deeper in the song, it features the same instruments as the last track except with the addition of guitar and bass.  So when it really came down to it, this tops the primary A-side.

I’m not gonna question this, but way to heaven actually got itself a remix.  I really didn’t know what they could do with a remix of a girly pop song, but yet here it is.  Instead of the previous sounds, it’s heavy on the synths and Aya’s vocals and singing are messed around with a lot.  There’s just more music going on instead of Aya singing.  Even then it doesn’t fit in this single at all.  Not so good.

Aya’s 2nd of the era, Namida no Niji/SAVE ME was a step down from the last single.  First off Namida no Niji was just not that good of a track from here and she’s had better ballads I bet.  SAVE ME was a bit better, and it had a good punch to it, so easily it’s the best.  The remix was just so out-of-place on the single and even then it was a very messy remix at that.  I hope this hiatus has gotten her to make awesome songs.

This is so very surprising.  When I first heard of Aya Ueto, she was this kickass chick with a sword.  Then I got into her single, this way just jaw-dropping and definitly something I wouldn’t have though she’d do at all.  It’s very upbeat and poppy.  Aya’s vocals are pretty expressive, even though they aren’t the better vocals.  There’s a little bit of a jazz influence as well which is pretty cool.  Other than that, I feel like she’s had way better tracks.

Owari ni Shou on the other hand, definitly reminds me of something from the Final Fantasy series.  It starts out dark with low thumps and not a lot on the arrangement.  Then Aya comes in and radiates the song a lot which is so nice.  I liked her a lot more singing in this song than in “way to heaven”.  It’s something I love to hear in a ballad and is quickly becoming something I really enjoy.

So this track is a bunch of things.  First, it’s a cover of a track that Aya was on and second it’s a remix of the song she covered back on her Best-of.  Now since that’s outta the way.  Shimokita Ijou Harajuku Miman here is a lot more calming than the other songs which is cool.  It’s light bossa nova sound is just what this song needed IMO and Aya’s calm vocals are sweet and cute at the sane time.  DAMN, so good.

Aya Ueto’s first single for a new era was surprising in many ways.  way to heaven showed off her poppy side in full fashion and surprised me a lot.  Owari ni Shou took the cake for being such a moving ballad and yet containing some darker undertones in it.  The remix however was just the thing I needed and is an awesome touch to the single!!!